Powerful Skills To Manage Conflict In The Workplace

April 17, 2021 No Comments
Share on Facebook Share on Twitter Pinterest LinkedIn Tumblr Email
Share
Share on Facebook Share on Twitter Pinterest Email
Contents hide
1 How do you handle conflict at work? If there is a difference of opinion between colleagues about how to carry out a task or project, what do you do? Some people leave the conflict for someone else to deal with, or avoid the conflict or situation. Others state and push for their opinion, or may state their opinion but give in when other people have stronger opinions.
1.1 1 What is conflict?
1.2 2 Responding to conflict
1.2.1 Confronting/collaborating
1.2.2 Avoiding/withdrawing
1.2.3 Forcing/competing
1.2.4 Smoothing/accommodating
1.2.5 Compromising
2 3 Tips to manage conflict
2.1 Adopt an open, good faith approach.
2.2 Acknowledge emotions: yours and theirs.
2.3 Try to understand the interests of each party.
2.4 Be open to the other person’s interests and perspective.
2.5 Demonstrate a preparedness to explore your own interests, feelings and actions.
2.6 Brainstorm a range of options focusing on the mutual interests of the parties.
2.7 Adding to the complexity of conflict in workplaces are other issues that impact how conflicts are managed.

How do you handle conflict at work? If there is a difference of opinion between colleagues about how to carry out a task or project, what do you do? Some people leave the conflict for someone else to deal with, or avoid the conflict or situation. Others state and push for their opinion, or may state their opinion but give in when other people have stronger opinions.

A good approach though is to discuss the differences in opinion, and try to find an option that you all agree on.

Conflict occurs when there is both a perceived difference between the interests of the parties concerned and a belief, at least initially, that both sets of interest cannot be met simultaneously. In the workplace, this can happen quite regularly as many people work in teams and need to complete tasks together.

When there is conflict, there are also often heightened emotions, as sometimes workers do not want to hear that their way is not the best way. They may perceive that colleagues are questioning their work abilities and even attacking them personally.

If conflict is not addressed, it can escalate into larger issues where people have difficulty working together.

Individuals respond to conflict in very different ways, and sometimes multiple approaches may be taken to the same situation.

Both parties have their interests met

Taking a collaborative, problem-solving approach and aiming to reach a positive outcome for both parties.

The problem is not addressed

Seeking to avoid the conflict or the person who is viewed as the instigator.

Only one party gets their way

Framing the conflict as a competition where one or both parties want to win.

The other party gets their way

Accommodating the other person by allowing them to win.

Parties meet in the middle

Finding acceptable solutions so some interests are met.

In general, for high conflict situations, most organisations have Human Resources (HR) processes designed to manage these circumstances. However, many professionals may be reluctant to employ these processes, preferring to attempt to manage the situation themselves. While their efforts may resolve the conflict, it may also mask or escalate it.

Ideally, people need to employ a collaborative, problem-solving approach to resolve a situation of conflict. There are some situations however, where avoiding the conflict or reaching a compromise may be an appropriate and suitable response.

In taking a collaborative, problem-solving approach based on a large body of research on conflict management, the following steps in the process are emphasised.

Address the issue in a non-threatening way with the other person. Implicit in this approach is the need to communicate in a respectful, private and non-competitive way as soon as possible. In general, the longer conflict persists, the more difficult and more complex it may become to resolve..

Acknowledge emotions: yours and theirs.

Conflict is often a time of strong emotions, and it is important that these are acknowledged and managed. Sometimes, it may be appropriate to take a break to allow one or both parties to calm down and resume when they are able to take a more constructive approach.

Try to understand the interests of each party.

What does each party want from the situation? What might be contributing to the conflict? These interests may be different to what appears on the surface. Additionally, what isn’t said during an argument or disagreement can also be significant.

Be open to the other person’s interests and perspective.

This may take time and reflection. It is critical however, for all participants to feel heard and understood before trying to find a resolution. Note that listening to the other party does not mean you agree with them.

Demonstrate a preparedness to explore your own interests, feelings and actions.

Think about how you may be perceived by others. This enables you to become aware of your role in the conflict. Conflict is rarely entirely due to one person.

Brainstorm a range of options focusing on the mutual interests of the parties.

This is more likely to lead to a resolution that will be sustainable and durable. It can also lead to new creative ways of resolving a problem, and avoid a repetition of the current circumstances. It is very important that notions of ‘winning’ or being vindicated are not part of the language used to frame the outcome.

Adding to the complexity of conflict in workplaces are other issues that impact how conflicts are managed.

These include significant power differentials between colleagues and the culture of a workplace. For situations involving these issues, additional strategies may be needed to resolve the conflict, such as mediation or ensuring appropriate policies and procedures are in place. 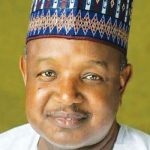