8 Things To Make A Girl Blush And Feel Special

Find the best way to blush a girl with words, online on facebook or text. Do these cute things and use these lines to see her blushing and smiling.

When you are trying to get the girl then there’s nothing as good a sign as seeing her blush. One of the best things for a guy who tries to woo a girl is to look at her while she tries to control a smile while her face is flushed red. However, it’s not that easy task to get a girl blushing over you. Turning a girl red with romantic feeling and not with anger takes a lot of practice. It is a difficult task but with practice you can get there and soon you will be able to make a girl blush quickly. So if you want to learn the trick then here a

WHAT TO KNOW BEFORE MAKING HER BLUSH

To begin with the first question is what is your relationship status or do you even have one. The answer to question like did you guys just met? Are you class mates/colleagues? Have known each other from kinder garden? Just started dating? And other similar type questions come into play here. The reason behind this is to know what the boundaries are like if you guys just met then you probably shouldn’t comment about her family but the food, wine, weather and other general discussion are open for discussion.

Next is to judge your comfort level with her at any given moment. It wouldn’t matter if you guys just met if you both are laughing and giggling already. Sometimes the best person to talk about stuff is a stranger. So at any given time if you think she is comfortable with you then you may cross a boundary of two. However, I still advice against crossing family boundaries but other boundaries like talking about her work and teasing her a little are allowed.

This perhaps is the most important question that you have to be on guard for all the time. It is know, when you have crossed some boundary which may or may not have made her feel uncomfortable. When to stop you need to be ask yourself constantly because sometimes it’s just that one comment that ruins the otherwise perfect moment.

HOW TO MAKE A GIRL BLUSH

Once you understand what not to do then it gets easier and much more fun. So let’s start from the beginning and learn how to make a girl blush.

The best thing about making a girl blush is that sometime you don’t even have to know her you can just look at her in a certain way and she will end up blushing. Eye contact is one of the ways that can be used to make her blush even before talking with her. The way this works is you make eye contact with the girl and hold it for couple of second and then look away smiling. Repeat this couple of times. Remember, to hold her gaze for couple of second to let her know you are interested and then look away smiling to make her blush.

A person smile is a powerful tool. It can be used to make someone happy, someone jealous, and someone angry, like I said a powerful and versatile tool. The way smile work at making her blush is as I suggested in the previous step and some other ways. For example, smiling when walking towards her for the very first time to let her know that you are interested, smiling when passing her by, just smiling with a wink at the end. All these ways can make her smile and quite possible make her blush as well. However, the most precious one is when you are smiling when talking to her in a way that makes her feel shy. In girl terms, giving her that looks which say I am so into you without actually saying.

Everyone likes compliments and girls a lot more than us. Some compliment might make her blush, some she expect to receive and then there are some unexpected which definitely makes her blush. Every girl receives some compliments regularly about their eyes or smile or some other trivial stuff. These are fine because they sometime works depending on the person delivering them. However, the sure way to make her blush using compliments is to compliment her in a most unexpected circumstances and timing. But with practice you would be able to turn even the ordinary compliment in to something that would make her blush.

Nothing will make a girl blush more than a little bit of teasing. It is one of the cute things women like and this trick should be used both in person and over text. Without a bit of teasing and sly flirting there wouldn’t be any fun in the conversation. The fact is when done properly teasing will not only make her blush, but also make her feel attracted towards you. However, again I would like to remind you to keep it clean and not turn it into a hazing. Some guys tend to go overboard with teasing which ends up making a girl’s face turn red but with anger and not love.

Flirting for me is like yoga and it can also be done over text. It’s good for my mind and it gives me peace and makes me happy. Sly flirting is normal flirting and including some indirect sexual innuendo typically called double meaning sentences. It’s so much fun because once the girl gets it, she start blushing immediately. Again for this to work you have to check your comfort level because if a girl don’t feel comfortable around you then these sentences just might sound creepy to them. Otherwise it’s one of the most fun way to make a girl blush.

I know some girls don’t like surprises but I am not talking about those types of surprise. The kind of surprises I am talking about is simple and has great chance at making her blush. The thing is the big surprises are sure good but only if you know the girl and have been dating for a while. However for the little surprises you don’t even have to know her, you can try to impress a girl by giving small present.

Like say pick up some flowers and give it to you barista and say “Thank you for your patience” and walk away. You will immediately see her smiling and quite probably blushing too. The same can be done with your date except for the walking away part. One of the most intriguing way and I don’t know if it works for anyone other than my girl is to kiss a girl on their forehead. It’s a sign of respect but my girl blushes like crazy every time I do it but I don’t know if it would work for you.

Another intriguing way to make her blush is inside jokes. You can use these jokes also while texting. If you have known each other a while then surely you have spent some moment to have some kind of an inside joke or an inside story. This is something that you generally use at parties but before that you can use it when hanging out with a group of friends. Inside jokes makes people feel closer as they are the only people who knows what it actually means. And that’s the exact reason why it would also make her blush.

The most for sure way to make her blush is with physical touch. However, for this to work you need to know that she wouldn’t mind it. The truth is when using physical touch to make her blush is a bit risky. You need to be certain about some of the question asked before about your comfort level and about your relationship status. But if you two have been dating for a while and have shared intimates moment before then she wouldn’t be that surprised when you kiss her out of the blue or when you play footsie with her while dining with friends.

Making a girl blush is the best thing a guy can do for her. It’s fun and it gets her to like you. What more do you want from it? But some guys look at it like some big giant task, it’s not. Just relax and have some fun. There’s nothing to worry about with some practice you would be able to make any girl blush. My suggestion is to practice on everyone, every girl you meet, although not in an intimate way but things like smile and compliments can be practiced and its way too much fun to do when you don’t have any ulterior motive. 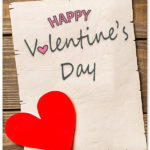