The 3 Things a Man Fears Most

As a man who always hunt for information about husbands and men generally,whenever I see a good post there’s an urge to share it among my fellow men. Such one is this expose written by Thomas G.Fiffer on goodmenproject.com .Please,read it with an open heart and perform better:

The stereotypical role of men as fearless protectors and daredevils is solidly established and in no way suggests that women lack courage. Many women perform acts of great bravery. But while men deal readily with dangerous threats, other fears rattle us to the core in our intimate relationships. The fears that keep us up at night. The fears that can paralyze us when confronting tough choices. These fears are: rejection, irrelevance, and disappointment, and together they add up to the fear of failure—of failing to be … a man. The explanations of these fears that follow are not presented as a plea for sympathy. They’re an attempt to help women who want lasting relationships with men better understand what makes men tick.

You’d think since we do most of the asking we’d have a thick skin when it comes to rejection, but it’s just the opposite.

1. Rejection. Fear of rejection is not specific to men, of course, but let’s face it, men are more frequently the initiators when it comes to dating, marriage proposals, and sex, and we therefore face rejection more often when women refuse our advances. You’d think since we do most of the asking we’d have a thick skin when it comes to rejection, but it’s just the opposite. No matter how much courage we’ve summoned, how firmly we’ve convinced ourselves we don’t care about the outcome, and how much healthy self-esteem we possess, hearing no hurts deeply on the inside. A graceful no hurts a great deal less, while cruel, dismissive, ungrateful rejection drives a knife through the male psyche.

“COME ON, WHO ARE YOU KIDDING?”

“COME BACK WHEN YOU’RE ALL GROWN UP.”

Even the dreaded, “I love you as a friend,” is preferable to words like those above that cause us to question our suitability, attractiveness, or worst of all, our masculinity….

2. Irrelevance. Men thrive on relevance, whether it’s through doing meaningful work, providing for a family, or simply feeling wanted and needed in a relationship. Make us feel irrelevant, treat us like a piece of furniture, the handyman, or a walking paycheck, and a wound forms in the center of our being that grows with every slight. Unhealed wounds make for unhappy partners, and unhappy partners make for destructive relationships.

“I’M BETTER OFF WITHOUT YOU.”

“YOU NEVER DO ANYTHING AROUND HERE.”

“ALL YOU DO IS GO TO WORK AND COME HOME.”

It’s not obligatory to say yes after your man does something special. But it’s highly advisable to show appreciation, to recognize your man as a full half of the whole, and to avoid setting up double standards that require things from him that you don’t provide. Most of all, we want you to understand our need to be acknowledged.

We fear disappointing you because disappointment opens the path to irrelevance and ultimately rejection.

3. Disappointment. The truth is, we’re terrified of letting women down. Of making a mistake or oversight that will anger you, of forgetting to do something you asked us to do, of not giving you sufficient pleasure in the bedroom, of not being enough. We fear disappointing you because disappointment opens the path to irrelevance and ultimately rejection. Men may have an imbalance of privilege and power in the world, but women frequently hold the cards at home—through the giving and withholding of both sex and affirmation.

“YOU’RE A POOR EXCUSE FOR A HUSBAND (OR BOYFRIEND).”

“YOU’RE NEVER AROUND WHEN I NEED YOU.”

“YOU NEVER UNDERSTAND MY NEEDS.”

“I’D RATHER BE ALONE THAN LET DOWN ALL THE TIME.”

When we engage fear, love disappears, and then we wonder where it went. I hope these words help restore love, trust, and intimacy in your relationships.

How do guys feel when rejected?What are the biggest fears in life?What are the three things a man needs?What is a man's greatest fear?
0 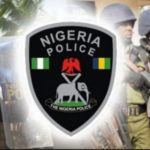 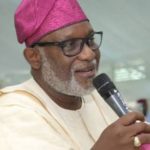