The National Executive Committee of the Academic Staff Union of Universities will commence a two-day meeting at the University of Lagos, Akoka, today, to finalise the union’s decision on an impending strike.

ASUU will make the final decision on the strike – to be reached by voting – known at the end of the meeting on Sunday, Saturday PUNCH has learnt.

The union had expressed grievances over the failure of the Federal Government to fulfill some of the agreements it made as far back as 2009. ASUU had on November 15, 2021 given the federal government a three-week ultimatum over the failure to meet the demands.

The lecturers threatened to embark on another round of industrial action following the alleged “government’s unfaithfulness” in the implementation of the Memorandum of Action it signed with the union, leading to the suspension of the 2020 strike action.

After the union’s National Executive Council meeting at the University of Abuja on November 13 and 14, ASUU President, Prof. Emmanuel Osodeke, lamented that despite meeting with the Minister of Labour and Employment, Dr. Chris Ngige, on October 14, 2021, on issues, including funding for revitalisation of public universities, earned academic allowances, University Transparency Accountability Solution; promotion arrears, renegotiation of 2009 ASUU-FGN Agreement, and the inconsistencies in Integrated Payroll and Personnel Information System Payment, none of its demands had been met.

Following the threat, the Minister of State for Education, Emeka Nwajiuba, promised that the union would be paid.

A few weeks after, ASUU suspended the planned strike, as N22.1 billion earned allowances was paid to lecturers in federal universities.

On the heels of the union’s renewed agitations, the co-chairmen of the National Inter-religious Council, the Sultan of Sokoto, Muhammad Abubakar III, and the President of the Christian Association of Nigeria, Dr. Samson Ayokunle, visited the President, Major-General Muhammadu Buhari (retd.), last month, over the lack of implementation of the Memorandum of Understanding the government signed with ASUU in 2009 and others.

At the meeting, Buhari said the government remained committed to fulfilling the promises made to ASUU. The president also stated that he had mandated Ngige; the Minister of Education, Adamu Adamu, and his (Buhari’s) Chief of Staff, Prof. Ibrahim Gambari, to look into the demands of the union.

But Osodeke in an interview with one of our correspondents insisted that the Federal Government could not be trusted despite the promise of the president.

The union consequently declared Monday, February 9, 2022 as a lecture-free day, in order to mobilise its members ahead of what it described as the longest strike in history.

Several chapters of the union embraced the directive, and had held several congresses, where they told the public to hold the government responsible if the union decided to embark on strike.

A final decision on the looming strike will be reached this weekend as ASUU NEC meets from February 12 (today) and February 13, at the UNILAG.

Another NEC told Saturday PUNCH that the decision on strike would be put to voting, and all the members present would vote either for — or against it.

He said, “The president of our union is not the one to decide on the strike. Also, none of the officers is expected to unilaterally decide on it. The issues at stake are to be tabled and debated at the meeting.

“Then, all the NEC members will vote either for — or against the strike. Whatever we decide on Sunday would form the next line of action.”

Asked if there were enough grounds for the lecturers to go on strike, the source answered in the affirmative.

“Yes, we have even started the strike earlier than now. But as parents, we have been waiting for the government to yield the ground, and fulfil the agreements it voluntarily entered with us,” the source added.

Efforts to reach Adamu proved abortive as he neither picked calls nor replied to a text message sent to his phone number.

But Nwajiuba declined to comment on the union’s meeting, where the ultimate decision on the impending strike would be taken.

Meanwhile, Ngige has promised to step into the dispute between the federal government and ASUU, if the Ministry of Education and the National Universities Commission failed to resolve the issue.

The minister told one of our correspondents on Friday that his ministry could only perform a reconciliatory role, as it is not the employer of the lecturers.

The ASUU branch of the Abubakar Tafawa Balewa University, Bauchi, has maintained that the federal government is insensitive to the plight of their members.

This is just as the union accused the government of being “deceitful” on the issue of the Earned Academic Allowances of its members, explaining that only a part payment was made whereas the government claimed to have paid fully.

ASUU Chairperson, ATBU branch, Dr. Ibrahim Inuwa, stated this at a press conference on Friday at the union’s secretariat in Bauchi while answering a question on whether the union was insensitive or not to the recent plea by the president, that the planned strike should be shelved.

He said, “I don’t agree that we are insensitive. If you look at the trend of events between ASUU and the FG, ASUU doesn’t embark on strike without giving any prior notice. We had a series of congresses, lobbying and consultations with other stakeholders.

“The Federal Government has been insensitive to the challenges in the public universities. To us, we look at the call by the government that we should shelve that strike as a ploy to continue dragging their feet because it is obvious. The politicians have started beating the drums for the next general elections, and we know their antics.

“They are just being deceitful because they pay some peanuts out of the allowances, and they go on air to say they’ve settled our Earned Academic Allowances.”

Inuwa said the ASUU branch of the institution had held three congresses and resolved that the national secretariat should resume the suspended strike.

“Today (Friday), during our congress, members consolidated on that stand that anytime the strike is declared, they are fully in support. They directed: ‘Go to the NEC meeting, and tell them that ATBU, Bauchi is ready (for the strike),” he added.

The ASUU Chairman, Moddibo Adama University, Yola, El-Maude Gambo, said the union met with the students’ union leaders of the institution on Wednesday, on the union’s frustrations.

He said, “As a union, we are poised to fight on until the government does the needful. We are proud to be the last union standing against the tyranny and impunity of power display in Nigeria. Ours is a union of intellectuals who believe that quality education is a right of every Nigerian.”

The President of the Student Union Government of MOU, Jerry Dickson, said the union was in support of ASUU’s planned strike.

He added that the students’ support for ASUU “is total and unflinching” so long as its agitations would help to tackle the challenges confronting the university system.

He said students were opposed to high cost of the university education that puts the children of the poor at a disadvantage.

He said, “We are of the opinion that if really ASUU means what they are saying about embarking on strike to address the rot in the university system, then we don’t mind if the strike will last 10 years. Example is Ghana, our West African neighbour, who went on a long strike that last a few years to address the issues in that country’s university educational system. If the Ghanaians did that, why can’t we do that here also?”

‘Our members tired of Ishaku’s failed promises’
Meanwhile, the Taraba State University chapter of ASUU, on Friday, said its members were tired of signing memoranda and countless unfulfilled promises by Governor Darius Ishaku.

The union said since 2009, they had been signing memoranda of understanding with the state government but it never honoured the agreements.

The chairman of the union at the university, Dr. Samuel Shiikaa, while addressing journalists after a peaceful protest on the campus on Friday, called on the government to do the needful to avert industrial crisis.

He stated, “Our members are tired of the memos and want the government to honour its agreement to pay pensions and ensure timely promotion of its members.

“We have submitted all the documents for the implementation of the pension scheme for our members as agreed with the government since last year, and the government has not done anything about it.”

The National President, Parent-Teacher Association of Nigeria, Danjuma Haruna, has appealed to the President to quickly intervene to dissuade ASUU from embarking on a fresh nationwide strike.

Haruna made this appeal in a statement on Friday, following recent threats of a fresh strike by many branches of ASUU.

The statement read in part, “Embarking on a new nationwide strike would definitely affect the educational system in the country. So many students would be forced to go home thereby increasing social vices in the country. Solving ASUU’s problems would help to improve the standard of education in all the universities across the 36 states of Nigeria.” 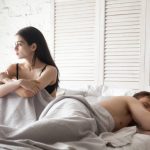 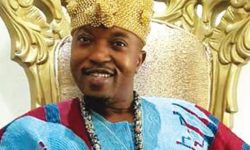