Who is the most beautiful BBN housemate 2022

The highly anticipated Big Brother Naija reality tv show which premiered via a double launch show on the 24th & 25th of July saw the introduction of 14 Female housemates. Let’s get to meet the Female housemates and take a look at their profiles.

Chiamaka Mbah: She’s a healthcare personnel and school administrator. The 23-year-old holds the bull by the horn and goes with the motto “go big or go home”. She is also friendly and doesn’t like people imposing things on her. Amaka does not plan to disappoint.

Daniella Peters: She’s a 22-year-old, 5-foot poet who describes herself as very open, sincere and creative. She loves eating, sleeping, partying and gisting in this order. While poetry is her creative outlet, she makes money from her logistics business. Daniella comes with the whole package as she plays soccer and knows taekwondo. She also speaks a bit of French.

Ilebaye says she’s bringing the Gen Z energy to the house. The Taraba native loves drama and is ready to bring it to the show.

Phyna: She is a stand-up comedienne, skit-maker, and actress. The 25-year-old graduated from The Federal Polytechnic of Auchi, Edo State, where she studied engineering. She is ready to bring drama and cruise to the competition.

Bella: Chidimma Esther Okagbue is a 25-year-old fun, energetic UNILAG graduate and content creator. She is a soft girl from Anambra who loves having fun. She considers herself a unique person who likes the cushy side of life, and believes in love at first sight. She describes herself as a fighter. Her biggest issue going into the house would be living with several other people because she likes her space, but she’ll do everything to survive in the house.

Chichi: Chinenyenwa Desire Okoebor is an exotic dancer from Edo state. The 22-year-old calls herself a sweet psycho who is bringing originality to the house. She describes herself as an audacious chef who is not afraid of telling her truth and sharing her desire and passion. Chichi wants to be on Big Brother Naija to show people there is more to being a stripper than meets the eye.

Chomzy: Esther Chioma Ndubueze will most likely cause a lot of trouble in the house because she says she has a bit of pride and people hate that about her. The 22-year-old hates snitches and betrayers and considers herself a creative and passionate people’s person. The entrepreneur believes in love at first sight sometimes but is currently single. She is from Imo state.

Doyin: Doyinsola Anuoluwapo David says her personality is a mix of Michelle Obama and Cardi B. The 26-year-old always tries to have a positive outlook on life and is good at multitasking. She is both a lover and fighter from Ondo state. She brings positivity, energy and a little gbas-gbos to the BBNaija Level Up show.

Diana: Diana Isoken Edobor is a 33-year-old project manager. Even though she is the oldest housemate, she proved from her entrance that she might just be the spiciest. Born in France but from Edo State, she is sociable, family-oriented, passionate about self-development, and loves learning about new cultures.

Rachel is a 27-year-old makeup artist with a passion for acting. She was born in Kano State but spent a major part of her life in Ekpoma, Edo State. A theatre and media arts graduate of Ambrose Alli University, Rachel has a zest for life and loves nothing more than to touch lives around her through simple acts of kindness.

Christy O: She is 23 years old, hails from Ondo state, and is the middle child of five children. She is a tech sis who owns a cosmetics line. She enjoys sarcasm as a way of annoying and entertaining people and pays attention to detail. She is ready to bring everything original and spicy to the show.

Beauty: She is a 23 years old lawyer from Taraba state and is the 43rd Miss Nigeria. She is passionate about women empowerment and growth. She likes having fun and swimming. Her mission is to spice things up in the competition.

“Queen of content” Modella, the newest addition to the Big Brother Naija Level Up House, is a busy, confident girl who wears many hats. When she’s not dazzling the masses with cool social content, she finds the time to be an actress and stylist.

Allysyn: Osy Allysyn Audu is a ‘baldie’ obsessed with lip gloss. The 25-year-old is a big believer in love at first sight. She considers herself a loyal friend and expects the same energy from those closest to her. As a “huge fan of love”, Allysyn is currently in a relationship and enjoys how love helps her see herself in a new light every day”. She’s a model who hopes to continue modelling after the show and hopefully become a presenter.

Note: You can vote as many times as you like, just refresh the page to vote more. 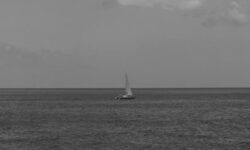