Chidinma Ojukwu, the suspected killer of the Chief Executive Officer of Super TV, Usifo Ataga, has been brought before a Chief Magistrate court sitting in the Yaba area of Lagos.

The prison wardens attached to the court barred journalists from accessing the area through which she arrived and left the courtroom on Monday.

Dressed in a black hooded jumpsuit, Chidinma was led into the courtroom around 9 am.

Counsel to the police, Cyril Ajiofor told Magistrate Adeola Adedayo that the police had received legal advice from the office of the Directorate of Public Prosecution (DPP) on the case.

Channels Television obtained a copy of the DPP’s advice which says that after careful consideration of facts available in the case file, a prima facie case of conspiracy, forgery and murder exists against the 300 level Mass Communication Student of the University of Lagos, Chidinma and another person, Adedapo Quadri, while a prima facie case of stealing exists against Chidinma alone.

Channels Television also learnt that the DPP Director, Mrs Olayinka Adeyemi, has gone ahead to file a charge against the three suspects at the Lagos High Court and has yet to get a date for the hearing of the case.

The DPP cleared 11 other suspects and asked that they be released on the grounds that no offence had been disclosed against them in respect to the case.

Based on this information, Magistrate Adedayo, discharged Chidinma’s father, Ojukwu Onoh, and four others who had initially been arraigned by the police for obstruction of justice and failing to report a crime to the law enforcement agencies.

The Magistrate Court has ordered the further remand of Chidinma and the two others to be tried and adjourned till Sept 29 to await further Information from the DPP as to the status of the case at the high court. 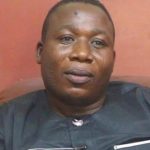 Sunday Igboho Blows Hot From Beninese Prison In Leaked Audio, Lambasts His Lawyer For ‘Disrespecting Him’