Nigerians are currently dragging Senator Remi Tinubu by her cheap wig for tackling Senator Smart Adeyemi who was complaining bitterly about the insecurities in Nigeria.

Yesterday Senator Smart Adeyemi was heard as he voiced his opinion concerning the insecurity Nigeria is currently facing. He also pleaded with the Nigerian Government to seek foreign intervention to help fight against these numerous terrorist groups in Nigeria.

While voicing his opinion, Senator Remi Tinubu, slammed him by asking him some silly questions, such as: “Are you in PDP?” “Are you a wolf in a sheep clothing?” Nobody must be a member of PDP before he or she can see that there isn’t peace in Nigeria again.

Nigerians have taken to their various Twitter pages to slam her as they tell her boldly that “she can never become the First Lady of Nigeria.”
Video below:

Here is a clearer version where Remi Tinubu asked Sen. Adeyemi if he is a wolf in sheep's clothing. {Listen to the background voice}pic.twitter.com/zT7FxnqIPf

Remi Tinubu Tackles Senator Adeyemi who is speaking out For Complaining About Insecurity..
REMI TINUBU: Are You In The PDP, Wolf In Sheep's Clothing? pic.twitter.com/EBCi1xWzVk

Hope Sen Remi Tinubu knows that Terrorists, Bandits & Unknown Gunmen dont interview victims to know if they belong to APC or PDP, if they are Christians or Muslims, or care if they are Northerners or Southerners before they kidnap, murder & chase people from their farms & homes

Tinubu's Presidency is going to be worse than that of Buhari. Tinubu once said they should enlist 50 million Nigerian youths into army in order to solve unemployment issue, and his wife, Remi Tinubu tried to shut down a fellow Senator for trying to raise issues around Insecurity.

Smart Adeyemi was pouring out his soul, genuinely or not I'm not concerned, about the rate of insecurity in this country what a sitting senator, Remi Tinubu, cared about was political parties. The BMC trait to politicize everything has its roots in Bourdillon 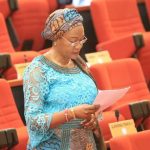 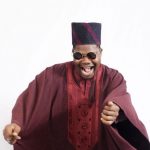 Mr Macaroni Net Worth In Naira

Lady Blocks Man For Taking Her To His Workplace, A Pizza Shop, On First Date (Details)