Prince William has been spotted with a red vest and cap selling the Big Issue in London.

The future king was undercover alongside a more experienced seller who showed him the ropes.

But he soon got attention from passers by who were trying to work out why the seller on Rochester Row in Westminster looked familiar.

One man, who thought he had seen a ‘celebrity’, tried to surreptitiously take a photo with the prince in the background.

He cracked what was going on, however, and went to speak to the man, who realised it was actually the second in line to the throne.

Property worker Richard Hannant then got his chance for a proper photo with the prince.

‘There weren’t many people around and he obviously clocked that I was interested and must’ve thought – here’s my next victim,’ Mr Hannant joked.

He told Metro.co.uk: ‘The prince just came up to me all smiles and I just thought “oh my God”. He asked if I wanted to buy a Big Issue and I said yes, of course’.

But, to Mr Hannant’s embarrassment, when he got out his wallet he realised that he hadn’t got any cash on him – only for the duke to whip out a card machine for him to pay that way instead. 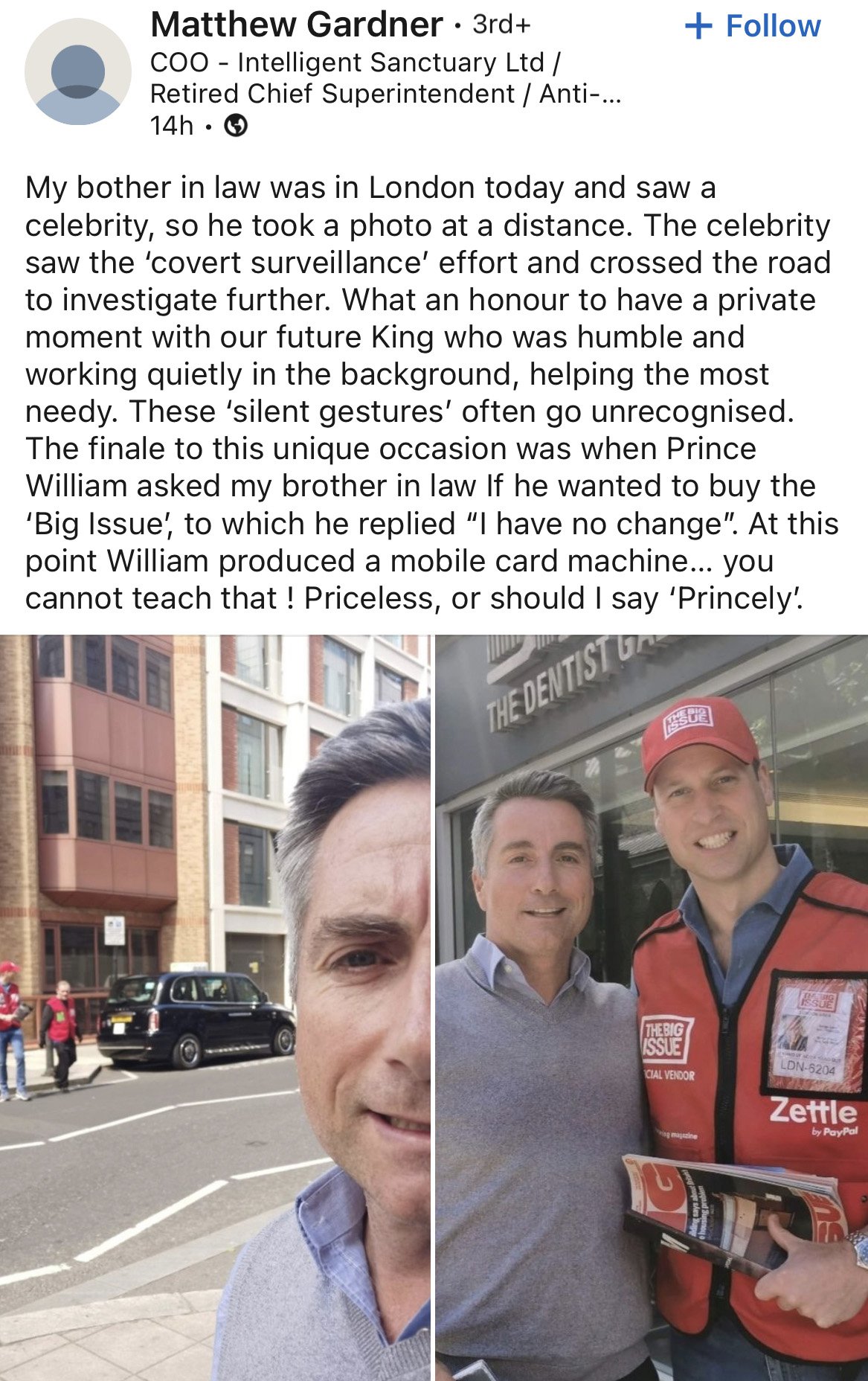 He added: ‘We had a little chat and I told him how I had the same birthday as him – and we wished each other happy birthday for later this month. I found the whole experience quite uplifting, he was very engaging and charming.

‘I asked if we could have a photo together and he was fine with it. There was only one other man with him, who was also wearing a Big Issue uniform and who I think may have been homeless. He had to take the photo but didn’t know how to work my phone – so Prince William stepped in to give him a quick lesson’.

Mr Hannant said: ‘It was an amazing and quite strange experience, thinking about how I was chatting with this future king. He didn’t explain why he was doing it but I’m sure they expected it was inevitable it would get out’.

Excited by the encounter, he shared the photo with his brother-in-law Mark Gardner, who then shared it on LinkedIn.

‘What an honour to have a private moment with our future King who was humble and working quietly in the background, helping the most needy,’ retired police superintendent Mark wrote.

‘The finale to this unique occasion was when Prince William asked my brother in law If he wanted to buy the Big Issue, to which he replied “I have no change”.

‘At this point William produced a mobile card machine… you cannot teach that! Priceless, or should I say “Princely”.’

Prince William is patron of Centrepoint, following in the footsteps of his mother Diana who also supported the homelessness charity.

He previous slept rough in 2009, when he was aged 27, to raise awareness of the issue.

Before Christmas in 2020, he made three surprise visits to homeless charity The Passage where he spoke to residents and helped serve meals.

Speaking at a ceremony marking the charity’s 40th anniversary, he said: ‘Over the many years that I have visited The Passage, first with my mother when I was just a small boy, I have developed a great affection for everyone who is here.

‘Every time I come here, I am touched by your warmth and friendliness, and the dignity and respect you show to every single person who comes through your door.’ 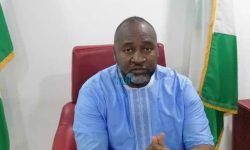