Students of the Federal Polytechnic Ede, Osun state, took to the streets on Thursday to protest the alleged killing of one of them simply identified as Olore.

According to NgNews247, Olore was a graduating student of the Polytechnic who recently came into town for his final clearance in readiness for mobilization for the compulsory one year National Youth Service.

It was learnt that Olore rode a bike within the town but unknown to him and his bike man, a gun battle was going on between members of the Oodua Peoples Congress, (OPC) and some miscreants in the town headed by one Omo Ilu.

Olore and his bike man were said to have been shot during the cross fire between the two groups.

He was said to have been rushed to a nearby hospital where he was confirmed dead while his body was deposited at the mortuary of the Osun State University Teaching Hospital Osogbo.

The bike man was also said to have died on the spot of the incident.

When the news of the death of the graduating student filtered into the Polytechnic earlier today, students were already gathered at the school’s pavelion to watch the Rector’s Cup football match going on at the sports complex, this prompted instant reaction and a serious pandemonium.

The students however later regrouped and matched to the palace of the Timi of Ede to demand that the perpetrators be brought to book.

As the time our reporter visited the town, the situation appeared to have been brought under control with residents and students going about their normal businesses. 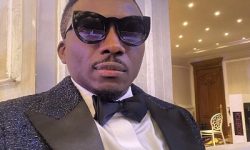 How ‘Google me’ saved me in London hotel – Bovi 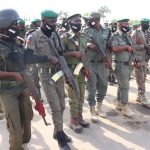