The Kwara State Police Command has disclosed that it arrested four suspects, who allegedly murdered one Olokose Oluwasola for money ritual, six days to his wedding in Patigi, Patigi Local Government Area of the state.

In a statement, released by the state’s Police Public Relations Officer, SP Ajayi Okasanmi, on Wednesday, the police said they had arrested four suspects, including the gang leader, Kazeem Mohammed, who was a next-door neighbour of Oluwasola and spearheaded his murder on March 6, 2021.

The three other members of the syndicate arrested were identified as Mohammed Chatta, Jimoh Abdulateef, and Madi Jeremiah.

“The suspects stated in their confessional statement that the victim was lured into the remote part of Patigi where he was told the cow he paid for was tied, and on getting to the spot, he was shot and killed.

“The body of the victim was exhumed by the police and taken to University of Ilorin Teaching Hospital mortuary for autopsy.

“The commissioner of police wishes to advise members of the public to always be on guard at all times, know who they do business with and also be conscious of their environment, as the society is filled with evil people,” the statement read. 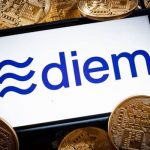 Facebook to proceed with its crypto, Diem, after opposition from regulators 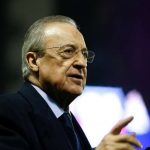