Did you know that the celebration of Valentine’s Day is prohibited by some religions? One of these religions is Islam.

The Quran has provided all the festivals of which Muslims are compelled to partake and Valentine’s Day is not one of them.

As a believing Muslim, you are not supposed to participate in the celebration of Valentine’s Day.

Recently, a High Court in Pakistan banned Valentine’s Day celebrations which is seen by some as amoral and an appropriation of Western culture.

If you are wondering why it is not acceptable for Muslims to celebrate Valentine’s Day, here is why.

Islam is against imitating the Pagans and Christians regarding their festival of love. Imitating non-Muslims in general whether they are idolaters or people of the Book – is Haraam (prohibited), whether that imitation is of their worship or of their customs and behavior.

The Prophet (peace and blessings be upon him)said: “Whoever resembles a people in their actions and practices is just like them.” (Abu Dawud 4021, Ahmed 2/50)

2. It is not a Muslim festival

In Islam, the festivals are clearly defined and well established, and no additions or subtractions may be accepted. The clear evidence of the Qur’aan and Sunnah and the consensus of the early generations of this ummah indicates that there are only two festivals in Islam: Eid al-Fitr and Eid al-Adha. Any other festivals that have to do with a person, a group, an event or anything else are innovated festivals, which it is not permissible for Muslims to observe, approve of or express joy on those occasions, or to help others to celebrate them in any way. Doing so is transgressing the sacred limits of Allah.

This was indicated by the Prophet (peace and blessings of Allaah be upon him) when he said: “Every people has its festival and this is our festival.”

More so: “For every nation we have ordained religious ceremonies which they must follow” [al-Hajj 22:67]

3. It promotes infatuation and s3xual immorality

The celebration of lovers’ day calls for hearts to be preoccupied with foolish matters that are contrary to the way of the righteous salaf. The love referred to in this festival is romantic love outside the framework of marriage. The result of that is the spread of fornication and immorality.

4. Muslims love all through the year

Expression of feelings and emotions is not a justification for the Muslim to allocate a day for celebration based on his own thoughts and ideas, and to call it a festival, or make it like a festival. In Islam, a husband loves his wife throughout the year, and he expresses that love towards her with gifts, in verse and in prose, in letters and in other ways, throughout the years and not just on one day of the year.

Islam requires all Muslims to love one another all through the year and reducing the whole year to a single day is unacceptable.

5. It is not of any benefit to Muslims

Valentine celebration can never be something Islam can tolerate even if you are a couple.

6. It does not have any positive impact on the society

On Monday, Frebruary 13, some Muslim school students in Indonesia staged a protest against Valentine’s Day, denouncing it as a Western celebration that encourages casual s3x. 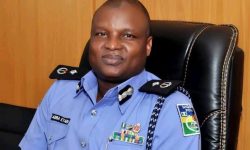 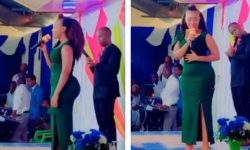