An eyewitness, Ismail Dauda, told journalists fire started from the tyre section before spreading to other parts of the market.

According to him, goods worth millions were destroyed by the inferno.

He said: “The team of firefighters that came to the market parked their trucks at the nearest place to the scene but they could not really do anything tangible to stop the fire due to lack of access and their water hoses could not get to the scene.”

The Oyo State Chief Fire Officer, Mr. Moshood Adewuyi, said the incident which started overnight may have been caused by a power surge.

He added that the fire was escalated by nylons used to wrap the tyres.

He, however, said no casualty was recorded in the incident.

“Our men are still at the market, we are still there. I cannot, however, tell you the number of shops that were destroyed,” Adewuyi said. 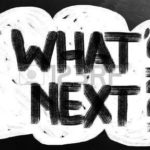 After Post UTME What Next? See What To Do