Omisore had on Thursday announced his decision to pitch his tent with the APC after consultations with his party members.

He was reportedly quoted as saying, “After due consultations with my party leadership and members in all the 30 local government areas of Osun State, we have accepted to support the APC for victory in the rerun election tomorrow and thereafter form a coalition government.”

Fani Kayode while describing Omisore’s decision as ‘shameful,’ criticized him for supporting APC after he had assured the PDP of his support.

According to him, Omisore’s decision might deny Ile-Ife an opportunity of producing a Deputy Governor.

“Iyiola Omisore’s decision to support the APC in tomorrow’s rerun is shameful. It is sad that he would seek to deny Ile-Ife the position of Dep. Gov simply for money. He told me he would stand firm 2 days ago and he told our father Baba Ayo Adebanjo the same thing last night.

“I do not know what has turned his head but we shall forge ahead and by God’s grace Adeleke will win. There is no excuse or justification for joining or supporting those who treated our people like filth and slaves over the last 8 years and who rigged last Saturday’s election.” 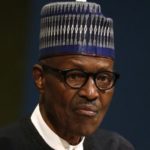 JUST IN!!! Obasanjo Reveals He Will Support President Buhari In 2019 (See Shocking Reasons) 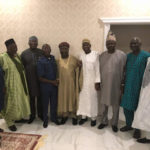