Osun police command has arrested two suspects in connection to the killings of a prospective corps member of the Federal Polytechnic Ede, Hassan Adedeji and a commercial motorcyclist.

Ngnews247 gathered that Hassan, a graduate of Banking and Finance from the school was said to be killed by unknown gunmen on Wednesday night leading to violent protest among students on Thursday in the town.

The students set burn fire across the town disrupting peace and forcing shop owners to close their businesses early.

It was however gathered that some indigenes of the town thronged some streets in the state shooting sporadically into their air with a view to scare students from moving with protest.

It was also learnt that the hoodlums had killed three other persons in what could be described as a rival cult clash.

Confirming the development, Osun police command spokesperson, SP Yemisi Opalola said two persons have been arrested in connection with the killings in the town.

She added that the prime suspect in the killings, one Rasheed Okolu is still on the run, while another dead body was discovered in his den when police invaded the place.

According to her, “The prime suspect, Rasheed Okolu killed a man at his den, we discover the dead body at his den chained and killed. Police are everywhere in the Ede community to ensure that he is arrested and brought to justice. Our men are on the ground tackling cultists in that axis. The situation is under control”. 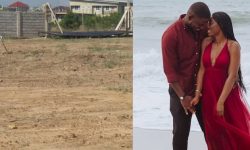 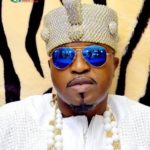