Bitcoin Cryptocurrency: Today’s London session has not been too friendly with Bitcoin as the flagship cryptocurrency is currently trading below the $42,000 trading mark, just after the price traded at $45,000 yesterday.

This new bearish move is a result of an announcement from China’s central banking, the People’s Bank of China (PBoC), declaring cryptocurrency-related businesses illegal.

Today, China strengthened its anti-crypto stance and as a result, the gains Bitcoin made in the last two days have been completely erased. The People’s Bank of China (PBOC) stated that Bitcoin, Ether and stablecoin Tether (USDT) do not qualify as legal tender and cannot be used in the country’s currency market.

The announcement stated, “Virtual currencies such as Bitcoin, Ether, and Tether have the main characteristics of being issued by non-monetary authorities, using encryption technology and distributed accounts or similar technologies, and exist in digital form. They are not legal and should not and cannot be used as currency in the market.”

The announcement also mentioned that the use of cryptocurrencies has been criminalized and there shall be sanctions against the perpetrators. It stated, “Those who carry out related illegal financial activities that constitute a crime shall be investigated for criminal responsibility in accordance with the law.”

According to China journalist, Colin Wu, the latest central bank statement is quite detailed and mentions Tether (USDT) as illegal for the first time. Tether, the largest stablecoin per market value, is widely used to fund crypto purchases and as collateral in decentralized finance. 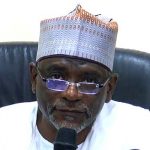 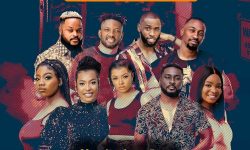