She has shown that she needs a guy to point that she has started shooting her shots at the guys. Recently she begged fellow Nigerian housemate Ebubu to come and sleep on her bed. She was in a conversation with the male housemate when she said: “I haven’t slept alone in bed for a long time so it makes sleeping difficult for me in this house.” 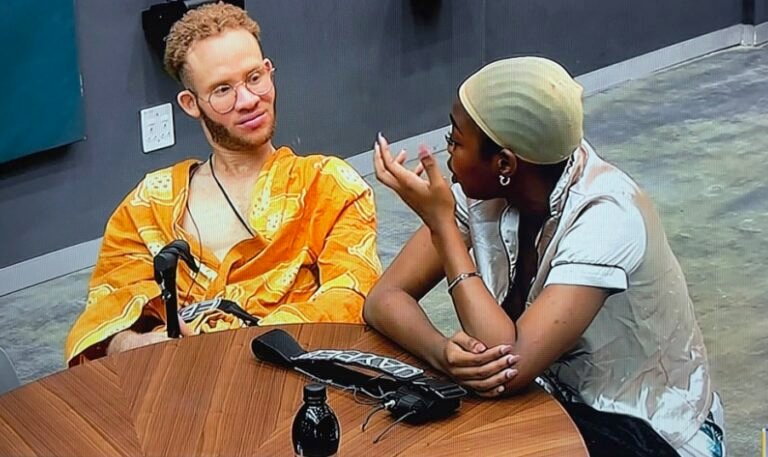 Replying to her Ebubu said: “That’s where we are different, I like sleeping alone o.” This answer really disappointed her as she was hoping Ebubu will gladly come to her bed. Ebubu then ended the conversation with if you cant sleep alone hug your pillow.

Meanwhile, while Jaypee is looking for who to sleep with her, Khosi and Yemi Cregx have started the under duvet action. They were caught in bed last night and Yemi’s hand was under Khosi’s thighs.