7 Strong Signs He Doesn’t Want a Relationship With You

October 31, 2020 No Comments
Share on Facebook Share on Twitter Pinterest LinkedIn Tumblr Email
Share
Share on Facebook Share on Twitter Pinterest Email
Contents hide
1 You’ve started seeing this guy. You really like him. And you’re pretty sure he’s into you. You text semi-regularly. You make each other laugh. You watch the same shows on Netflix. He never hesitates to call you “hot” and “sexy.”
1.1 1. He’s hot and cold with his communication.
1.2 2. He only texts you.
1.3 3. He still has baggage from a past relationship.
1.4 4. He’s not meeting you halfway.
1.5 5. He doesn’t want to hang with you outside of the bedroom.
1.6 6. He doesn’t introduce you to his friends and family.
1.7 7. He says he doesn’t want one.
1.8 Read Also: 👇🏿

You’ve started seeing this guy. You really like him. And you’re pretty sure he’s into you. You text semi-regularly. You make each other laugh. You watch the same shows on Netflix. He never hesitates to call you “hot” and “sexy.”

And yet. You’re unsure about where you stand with him. There are some signs that he might want to take things further with you, but you’re still confused as to what his true intentions are. You know you want a relationship; however, it’s unclear as to what he truly wants with you.

While you might not be able to read a man’s mind (no matter how much we try), here are some strong signs that usually indicate he doesn’t want a relationship with you.

1. He’s hot and cold with his communication.

One day, he’s texting you non-stop; the next, nada. While you might text a few times a week—with the occasional phone call every now and then—his communication is inconsistent. You just never know if today you’ll receive a “good morning” or whether it’ll be crickets. His irregular communication is not only an indicator of his unreliability, but it might also be a sign he’s texting other women.

Speaking of communication, take a moment to consider how he reaches out to you. Is it only through texts? Anyone can talk a good game through text messaging. The real proof of someone’s serious interest is whether he’s both asking and taking you out on dates. If a guy is only texting you and not moving things forward, that’s usually a sign he’s only seeking attention and flattery from you—and not an actual relationship.

3. He still has baggage from a past relationship.

Did he recently break up with his ex? Is he separated or divorced? Does he share custody of kids with a troublesome ex? Everyone has a past, but it’s important to consider whether he’s completely over his ex girlfriend or wife. If he’s still friends with his ex, and still very much involved with her life, it’s quite possible he’s still hung up on her, so he can’t—and won’t—fully invest in a relationship with you.

4. He’s not meeting you halfway.

Be honest with yourself: Are you the one who’s usually initiating text messages or bringing up that you should get together sometime? Do you feel like you’re putting more energy into your interaction than he is? Sure, you might have amazing chemistry but he also needs to meet you halfway when it comes to communication and dates. If he’s only making vague plans to get together or bailing at the last minute, then he’s not interested in you enough to respect you—and, thus, probably doesn’t want a relationship with you either.

5. He doesn’t want to hang with you outside of the bedroom.

The classic case of the booty call: he only texts you after 9 p.m. to “hang out” at your place, and your “hang outs” occur most frequently in the bedroom. While sex is an important part of a relationship, it’s not the end all and be all. A man who wants a relationship with you will want to get know your mind and soul as intimately as your body. If he’s only seeing you when you’re naked, then he’s not ready for commitment.

6. He doesn’t introduce you to his friends and family.

When a man is serious about a woman, he will slowly but surely introduce her to his friends and family. The official “friend meet” is huge milestone for men, and they take particular pride in showing you off to their friends or talking you up to their mom. If you’ve been seeing someone for a few months, and he hasn’t introduced you to anyone who matters to him, that’s a huge sign that’s not really willing to include you in his life in a legit way.

It might sound trite, but it’s true: when it comes to a man wanting a relationship with you, actions speak louder than words. Pay attention to what a man does rather than what he says. Is he making time for you? Is he taking you out on a real date every week? Has he introduced you to his best friends? Is he making plans and following through with them? These are all tell-tale signs that a man wants a relationship with you. Because the man who wants to be all in with you will make it so obvious that you won’t even have to wonder. 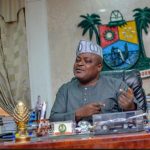 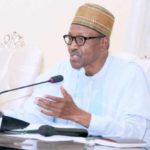