2023: Tinubu Has No School Certificates To Tender To Nigerians, Says Bode George

Aformer Deputy National Chairman of the Peoples Democratic Party, Bode George, has alleged that former Lagos State Governor and National Leader of the All Progressives Congress, Bola Tinubu, has no school certificates to tender to Nigerians.

George further alleged that the APC National Leader shared “humongous” amounts of money to himself from the Lagos State government monthly.

The PDP chieftain, who was reacting to a former Minister of Works, Adeseye Ogunlewe’s remark that Tinubu was the best person to succeed President Muhammadu Buhari in 2023, spoke on Arise TV on Wednesday.

Ogunlewe had said Tinubu was the most qualified and mentally capable to take over power from Buhari.

However, George, who is a member of the PDP Board of Trustees, said the former Governor of Lagos State had no certificate.

“He has stolen humongous amounts of money from Lagos State and continues to do so every month. Ogunlewe is talking nonsense, the best man to lead this country?

“Go and look at the archives to hear what this same Ogunlewe said about Tinubu not too long ago. I am shocked that Ogunlewe would be saying this in public.

“Ogunlewe knows that Tinubu can’t tender his school certificates because he doesn’t have them,” he said. 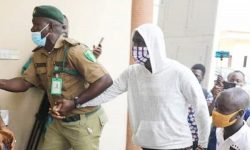 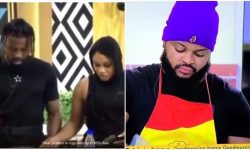 BBNaija S6: Reactions as JMK and Micheal relieved WhiteMoney of his cooking duties while Pere supervised