Varied reactions have trailed a viral video of a young man’s facial expression after surprising his girlfriend on her birthday.

The young man visited his girlfriend’s home with a trumpeter who played out sweet birthday tunes for her while he, the boyfriend, rained money on her as she turned a new age.

Although she hid her face in shyness and later gave him a hug in a video that appeared online, he continued to frown. 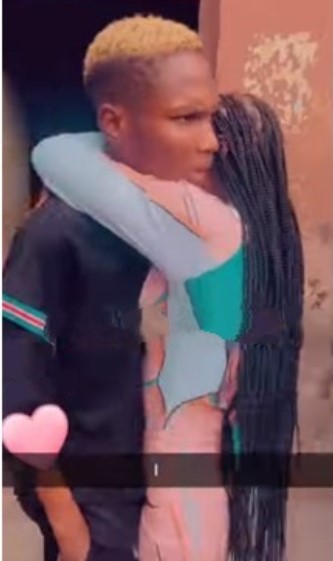 He didn’t appear to be joyful, and the lack of even a forced smile on his face prompted inquiries from online users.

He still managed to rained his girlfriend with mint naira bills while the trumpeter was still playing.

ogidan_topman; Richie they reason am for mind say iyayin 😂 I don do panranran for her 😂 no joy

butterscotch_cherry; I never collect paranran for my life before 😢…..God when

a_h_m_a.d; Why Richie come frown face 😂😂 na Lapo money you use do panranran😂