Why Almighty God Is Nigerian – Obasanjo Opens Up

Why Almighty God Is Nigerian – Obasanjo Opens Up

God is a Nigeria for preserving the country despite what it has gone through, according to former President Olusegun Obasanjo .

He admitted while presenting the paper captioned, “Towards a reunification of the sacred and secular: religious interventions in politics,” that many Nigerians are not happy with the country.

He, however, urged religious leaders in the West African nation to lead in the transformation of the country.

“I don’t know of any Nigerian who doesn’t wish Nigeria well, but, I know many Nigerians who are unhappy and want to leave Nigeria,” he stated.

“Our issue is so because what they expect from Nigeria they are not getting it. The role of religious leaders and religion is to lead but, lead them also to let politicians learnt the best lesson.

“God is a Nigerian because, what we have gone through in Nigeria and what we are going through, probably, Nigeria should not be on the map of the world. That’s why I say God is a Nigerian.”

Meanwhile, Concise News had reported that the organised labour have hinted that they could embark on industrial action if the current state of affairs regarding the issue of consequential adjustment arising from the new national Minimum wage of N30,000 per month remains unchanged.

The organised labour is operating under the aegis of the Trade Union Side (TUS ) of the Joint National Public Service Negotiating Council (JNPSNC); the eight Unions in the Public Services of the Federal and 36 State Governments.

In a press statement in Abuja on Monday, the TUS Acting Chairman, Anchaver Simon, and the Secretary, Alade Lawal, expressed disappointment with the government’s effort to derail the implementation of a new National Minimum Wage.

“As things are right now, the government side is only prepared to pay peanuts to workers as an adjustment under the pretext that it will soon be undertaking general salary review in the Public Service.

“The committee on Consequential Adjustment of Salary agreed to set up a technical body to work out different scenarios in respect of salaries that would be paid to workers who are in the Ministries, Departments and Agencies (MDAs) that draw their emoluments from the government treasury.

“The technical committee met severally and series of computations that were to be presented for the plenary for consideration were developed.” 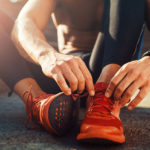 The 5 Best Ways to Motivate Yourself When Depressed 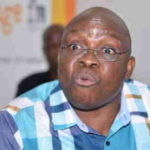