Who Is Slim 400? What Happened To The American rapper

The shooting occurred on the 8600 block of 7th Avenue at around 7:50 p.m., the Inglewood Police Department said Thursday. Authorities identified the victim as Vincent Cohran — the real name of Slim 400. Officers patrolling the area found the wounded musician on the ground after hearing gunshots.

Paramedics treated Slim 400 on site before the L.A. County Fire Department transported him to a local hospital for emergency traumatic care —reportedly Harbor-UCLA Medical Center — where he was pronounced dead. Inglewood police are collecting evidence and pursuing witnesses for the ongoing investigation.

According to TMZ reports, Slim 400 was 33 at the time of his death, but police later said he was 34, according to NBC News. Born in Germany and raised in Compton, the emcee was known for songs such as “Goapele,” featuring YG, and “Piru,” featuring YG and Redrum

Hours before the shooting, Slim 400 dropped a music video for his track “Caviar Gold,” a love letter to cannabis, which he promoted to his 247,000 followers on Instagram.

In 2019, Slim 400 was shot multiple times in Compton. He survived the attack after undergoing surgery.

Hip-hop blog Passion of the Weiss paid tribute to Slim 400 Thursday on Twitter, hailing the recording artist as “a Compton gangsta rap prototype, an ambassador for a tradition, lineage, and history — who made a whole lot of hard-as-hell rap songs full of sober gravity and blunt force.”

Slim 400 had a daughter named Parris, who is pictured on his Instagram account. In November, he paid tribute to fellow rapper Young Dolph, who was shot and killed in Memphis, Tenn., earlier that month. Slim 400 and Young Dolph collaborated on the 2019 single “Shake Back.”

In 2013, Slim 400 released his debut single, “Turn Up,” featuring YG and Kidoe, after he was discovered by the now-defunct record label Pu$haz Ink. His latest album, “Ice Wata Army,” was released in August. 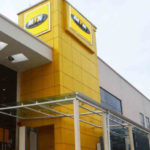 Are MTN Shares A Good Investment, What Experts Are Saying