What Obasanjo Said About Death Of Afenifere Leader’s Daughter

What Obasanjo Said About Death Of Afenifere Leader’s Daughter

Former President Olusegun Obasanjo on Saturday sent in a condolence letter to the bereaved Afenifere leader Reuben Fasoranti after the killing of his daughter, Funke Olakunrin .

Obasanjo said the killing was a worrisome development in the polity especially at a time when all well-meaning Nigerians are preaching tolerance and political accommodation in national politic.

Naijaparry reported that Olakunrin was shot dead by suspected Herdsmen on Friday as she travelled along Ondo-Ore Expressway.

However, the Police said the killers were kidnappers, but the Afenifere group blamed the killing on herders.

The letter made available to journalists by Kehinde Akinyemi, media aide to Mr Obasanjo, tasked security agents to fish out those responsible for the crime.

“This is a worrisome development in our polity, especially, at a time when all well-meaning Nigerians are preaching tolerance and political accommodation in national politics,” Mr Obasanjo said.

“I must say Nigeria as a whole is diminished by the manner of Funke’s death. We deplore this dastardly act and seize this opportunity to call on governments at all levels to leave no stone unturned in ensuring that our security agents vigorously pursue and find the perpetrators of such heinous crime and make them face the full weight of the law.

“We must, together, find solution to all acts of insecurity in the country, particularly acts of banditry, kidnapping, robbery and killing by the suspected Fulani herdsmen.”

The former president said the condolence letter would be delivered by Olagunsoye Oyinlola and Oluwole Fasawe to Mr Fasoranti in Akure, because of his (Obasanjo) engagement in Morocco.

“As you mourn the tragic loss of our very dear Funke, please be assured of the sympathy and profound sorrow of many others like me who are saddened by the manner of her demise, especially as she still had a lot to contribute to the nation and her family to which she was highly devoted.

“Let me also implore you to be strong for the entire family. I pray that God Himself will comfort you and sustain the whole family in this hour of painful trial. And may the soul of the dear departed rest in perfect peace’.

“Because I have to be in Morocco, I am sending a delegation of Otunba Oluwole Fasawe and Prince Olagunsoye Oyinlola with this letter and to personally deliver my condolence,” he stated. 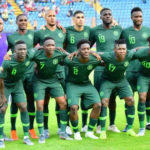 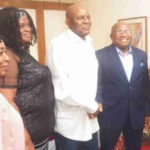