WASHINGTON, DC (January, 2022) – Black celebrities have historically possessed immeasurable influence as it pertains to the overall experience of black people in America. For that reason, justly or unjustly, they also inherit the expectation of championing their personal agendas and the causes of their community.

Few stars, however, have been both celebrated and vilified by Black America to the extent of polarizing pop culture icon, Kanye West. He is the subject of a captivating new biography by author, professor and Hip-Hop culture analyst Dr. Joshua Wright. Scheduled for release on February 1st, it is entitled, “Wake Up Mr. West: Kanye West and the Double Consciousness of the Black Celebrity.”

When thinking of Kanye West, more recently referred to simply as “Ye,” one of the following likely comes to mind.

While these things may or may not be worth a second thought for lesser-known individuals, Kanye West has clamored for attention from the masses his entire career and received his wish. His words carry significant weight. Consequently, when he used his national platform to publicly support a President most black Americans opposed, or he declared that the darkest period in American history (slavery) was a choice, he swiftly faced the confusion and wrath of the black community. After all, they supported his rise to fame, not only due to his musical genius, but because he was a voice for the voiceless on issues that mattered most to them. He was a hero of sorts who was unapologetically black. Now, depending on whom you ask, not so much.

However, Wright, a professor at Trinity Washington University in Washington, D.C., and host of the NPR One podcast Woke History, seems to have figured it out.

“Kanye is the ultimate contrarian,” Dr. Wright said. “Whatever people say he should do, he will do the exact opposite. For example, when the norm was for rappers to wear baggy clothes and talk about drugs, hustling, and gangsta stuff, he came out with the pink Polo, backpack, and loafers saying, “I’m so self-conscious.” Then, when you fast-forward to the 2018 TMZ interview, and he’s wearing the MAGA hat and saying slavery is a choice, here is the contrarian again.”

Dr. Wright indicates that his theories are solely to open the doors for more dialogue around one of the music industry’s first billionaires. He expects a broader discussion regarding black celebrities and the tightrope they must inevitably walk between two worlds – one black, one white. This dilemma is the double consciousness that the noted scholar W.E.B. DuBois spoke of in the late 19th century.

“For any of us who are somewhat successful, there is always that challenge of figuring out should we have a responsibility to ourselves, to the black community as a whole, or should we just focus on the world in general? Does moving to the suburbs, sending one’s kids to a private school, or marrying a white woman make one less black? Do I need to marry a sister, give to black causes and go to an HBCU?”

These are a microcosm of issues that many successful blacks ponder.

With that said, Dr. Wright does not intend to sway the thinking of readers in any direction, rather to understand the degree of pressure, expectation and responsibility that an iconic figure must live with due to their elevated status. He further shows how words, actions and ideologies can be empowering or dangerous.

As one of the most influential creatives of this generation, Kanye West has immersed himself in many issues, ranging from the black community, music and fashion, to interracial marriage, the black church, and politics. This book will explore all of these areas, allowing people to formulate their own conclusions and further understand the consciousness of the black celebrity.

Dr. Joshua Wright’s book “Wake Up Mr. West: Kanye West and the Double Consciousness of the Black Celebrity” is set for release on February 1, 2022. To schedule an interview, contact Ivan Thomas of Intrigue Media Group at 202.904.4790 or [email protected] Jason Momoa Net Worth Before Aquaman, After 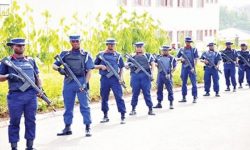