Veegodess Tiktok: Lady Who Claimed To Have Slept With A Dog, Makes U-turn, Shares Another ‘Revelation’

Veegodess Tiktok Videos: A Tik Toker identified as Veegodess has been making rounds on social media after she publicly declared via her Tik Tok to have slept with a dog for the sum of N1.5 million.

NGNEWS247 understands that Veegodess, in the viral video that surfaced on social media had acknowledged having a s3xual relation with a dog.

According to the Tik Toker with a following of over Three thousand on Tik Tok, there is no big deal having carnal knowledge with an animal.

She noted that 1.5 million is quite huge and she was not infected after the encounter.

She added that she enjoyed her money, urging the public to stop criticizing such lifestyle.

Veegodess made this alarming claim while on-going conversations about bestiality were as wildfire on the internet.

However, things escalated drastically for the mid-twenties Tik toker after the Nigerian police through its Public Relations Officer, Muyiwa Adejobi, promised to arrest women involved in having s#x with dogs in the country.

He asked Nigerians to give the police any useful information on how to apprehend the lady and others involved in the act in order to serve as a deterrent.

He said, “I really want us to take necessary action on these ladies that are involved in unnatural offences (including bestiality) and post same online.

“We want to urge you to give us any useful information on how to get these ladies. We need to fish them out, please. Thanks.”

Veegodess, in reaction to the Police Declaration, made a U-turn saying she was cruising and did not sleep with a dog.

She added that it was only a prank video, apologizing to the public.

“Guys I was just catching cruise. I didn’t sleep with any dog. My boyfriend just broke with me; help me to beg my boyfriend. I’m sorry for the video I made, it was purely cruise” She cried out saying.

A quick check on her Tik Tok page by Naija News shows the video of her confession of sleeping with her dog has been deleted.

Videos seen on her page were that of the Tik Toker denying her confession video. 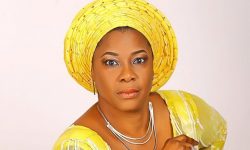 Veegodess: Police to Invite Lady Who Claimed She Was Paid Millions to Sleep With A Dog