The lawyer to the family of late Usifo Ataga, Mike Ozekhome, has petitioned the Inspector-General of Police, Baba Usman over the alleged murder of the Super TV CEO in Lagos and the role of the police in unravelling the murder.

Mr Ozekhome, in a letter dated August 25, accused the police of being unprofessional in the investigation of the matter by hastily parading the prime suspect, Chidinma Ojukwu, and being complicit in the case.

Ngnews247.com had reported how Miss Ojukwu, a 300-level student of the University of Lagos (UNILAG) told the press during a parade on June 24 that she stabbed the deceased twice to free herself from a rape attempt.

Mr Ozekhome said in the petition that the murder case has so far been most “unprofessionally handled and deliberately bungled” by the police.

“The Ataga family has already pointedly accused the police of deliberately bungling the investigations, so as to allow some major suspects escape justice, or give them soft landing by arraigning them before a Chief Magistrate court and slapping their wrists with lesser offences.

“The Ataga family had also directly accused Lagos State Police Commissioner of being complicit in deliberately bungling the Usifo murder investigation through his lack of seriousness, depth, thoroughness, and professionalism. Such a grave accusation by Usifo’s family should not be left uninvestigated and truth discovered,” the letter to the IGP tags in part.

The police had earlier got a remand order for Ms Ojukwu and Quadri Adedapo, a co-defendant, to allow the police to continue with its investigation while awaiting legal advice from the Directorate of Public Prosecution.

The police also arraigned Ms Ojukwu’s father and four others for their roles in the case. 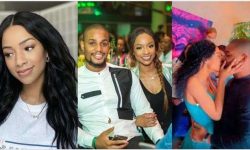 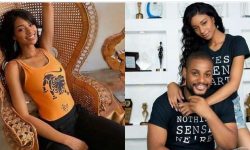