The Presidency has been cautioned to tread softly on the way and manner it handles the current imbroglio concerning the Indigenous People of Biafra (IPOB) and Eastern Security Network (ESN) issue.

A socio-political activist and critic, Chief Adesunbo Onitiri, who issued the warning in a statement, yesterday, in Lagos, said the counsel is imperative, so as not to be misconstrued by Nigerians and international community that the Presidency is clamping down on the Igbo people.

He explained that no Nigerian would accept any tribe to stockpile arms or declare war against the nation. “But the government must be very careful and honest not to provoke the anger of the entire people of Southeastern Nigeria that might precipitate another tribal conflict in the country.”

He pointed out that it would be unwise and unreasonable for government to rely on unsubstantiated allegations against IPOB and ESN that they were stockpiling arms and bombs against Nigeria.

“Rather, the Presidency should tackle the current insecurity that has engulfed the nation, which is already ravaging the North. The Boko Haram, bandits and terrorists have clearly overwhelmed our military. Any government that cannot protect the lives and properties of its citizens has no business staying in power,” he alleged.

Onitiri also cautioned government to be wary about the release of over 5,000 acclaimed repentant Boko Haram members into the society, in view of the killings, maiming of innocent Nigerians and destruction of their property by these people.

He said the sacking of the two ministers was not enough, but that the administration should evaluate itself whether it had met Nigeria’s yearnings and aspirations in general or otherwise.

“The shooting down of our fighter jet is a big slap on our military. As if this was not enough, the successful attack on the Nigerian Defence Academy (NDA), one of the most reputable military formations by bandits, is a grave embarrassment to this nation.

“We call on all lovers of democracy and good conscience to speak up now. The Nigeria Labour Congress (NLC), Nigerian Union of Journalists (NUJ), National Association of Nigerian Students (NANS) and all patriots should speak up on this grave issue of insecurity, as Nigeria is heading towards total collapse and destruction that is avoidable,” Onitiri advised.

The Federal Government, he added, should take seriously the warning of the US Ambassador not to allow Boko Haram seize the recently acquired Super Tucano jets from our military. 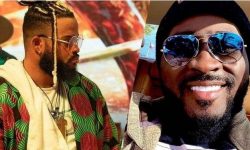 #BBNaijaS6: “Let’s settle it here or I take things personal with you” – WhiteMoney confronts Pere 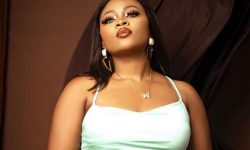 #BBNaijaS6: “I hope I’ve not been judged by my actions” – Tega expresses worry ahead of eviction