Tems Reveals What She Needs Currently

Talented Nigerian songstress, Temilade Openiyi who is widely known as Tems has revealed what she needs currently.

The beautiful musician who has made a name for herself recently made this known in a recent post she made on her verified social media handle on the popular social media platform, Twitter.

According to Tems, what she really wants currently is to have her teeming fanbase enjoy her like never before adding that in that way, they will know who she really is.

“I really just want the gang to enjoy meeeeee, You will know who I am✨🕊”

Days ago, Wizkid’s girlfriend, Jada P has revealed how she feels about the rumors surrounding Wizkid and Tems.

It could be recalled that there are some rumours circulating that Wizkid and Tems are having something more than a working relationship to the point that it was claimed Tems is allegedly pregnant for Wizkid.

She reacted to these rumors during a recent interaction with Jada P and a Twitter user, the Twitter user asked;

“Do the Tems and Wiz rumors get annoying?”

Reacting to this, Jada wrote;

“Tems is 1 of da BEST female artist 2 come out of the continent! Her artistry is unmatched.Yet our own will be the first 2 try & change da narrative & perception of her character. Instead of letting her shine like da Medium star she is & celebrating da achievements of what Essence has done” 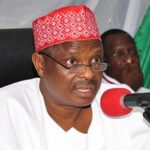