A young lady identified as Takor Veronica, has been found dead in a hotel room located at Nyima area of Makurdi, Benue state.

According to reports, Veronica was taken to the hotel by an undisclosed person during the weekend only for her lifeless body to be discovered on Saturday, March 19.

Confirming the tragic incident, the Spokesperson of the State Police Command, SP Catherine Anene, said the cause of her death is still unknown as they are still waiting for report from doctors. She however denied reports that her body was mutilated and her vital parts removed.

“There is a death report of a lady in a hotel but details will come from doctors; we did not see marks of violence on her body. So, the autopsy will reveal the cause of the death. The person that died was dressed; we didn’t see marks on her body meaning there were no injuries.

“Three suspects were arrested in connection with this case, so they will give us details. We can’t say it is a case of murder because we didn’t see marks of violence.”

Friends of the deceased have now taken to Facebook to mourn her death.

TAKOR VERONICA. Your death has made me believe there’s nothing in life. Last week we celebrated your birthday and today I’m being forced to type RIP. We haven’t recovered from Arnold’s death n now urs again?? Death where is thy sting. Death where is thy glory. Death you are wicked. Why would the good die Young. I don’t have much to say cause I’m still shock,” 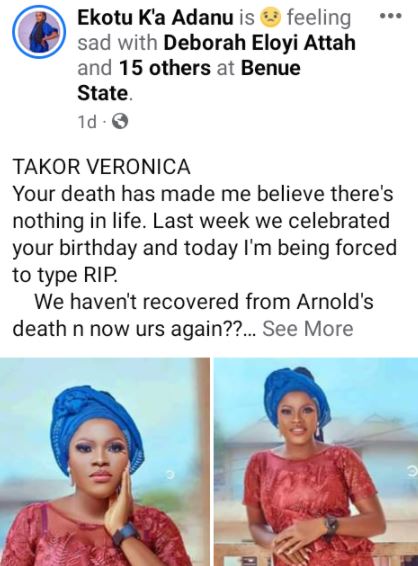 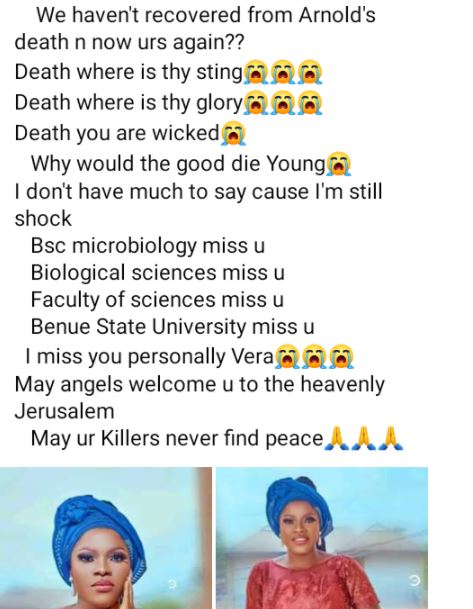 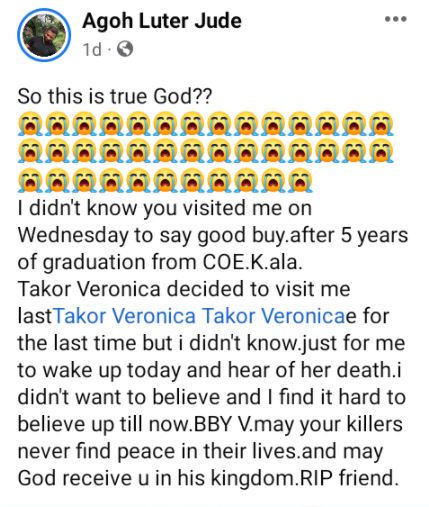 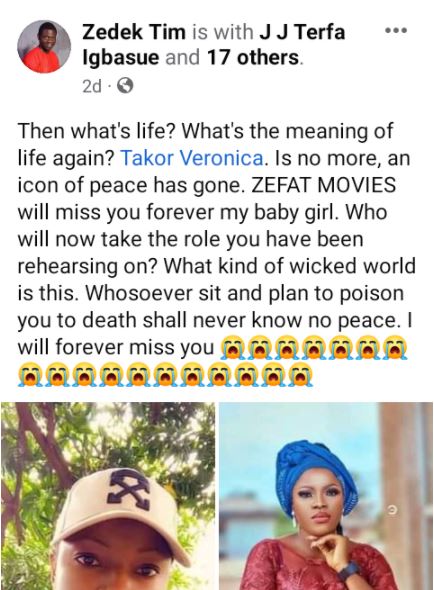