Ngnews247 reports Igboho has been in detention since July 19, 2021 when he was arrested by Interpol at the Cadjèhoun Airport in Cotonou.

He was arrested with his wife, Ropo but the Cour De’appal De Cotonou ordered release of the Germany-based wife of the activist, saying there were no allegations against her.

As part of efforts to rescue the embattled agitator, Obasanjo, according to The Cable, was in Benin Republic in the first week of August, 2021.

He was said to have travelled to Benin Republic to condole with Nicephore Soglo who recently lost his wife – Roseline Soglo.

It was gathered the former Beninise president and Obasanjo have maintained a long-standing relationship over the years.

TheCable’s source said “He also met with Patrice Talon. The purpose of the meeting was to seek soft-landing for Sunday Igboho.

“He’s asking the Beninise authorities to grant the separatist leader asylum, and not to return him to Nigeria.”

Also, some Yoruba-speaking monarchs in Benin Republic have mounted pressure on the government to grant asylum to Igboho

Ngnews247 learnt that the monarchs have submitted the letter to Talon and some other top government officials including the Minister of Interior and the Senate President.

Spokesperson for Ilana Egbe Omo Odua, confirmed the strategic interventions by the monarchs.

He said: “Yes, the monarchs have been very helpful. We are hopeful that Igboho will be granted asylum this week.” 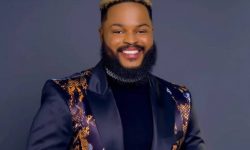 BBNaija: “The day I pass that door is the day I become a star” – Housemate, Whitemoney