The Jihadist group had on Friday released a video showing the aircraft, reportedly on a mission to support troops fighting militants in the North-East, exploding before it crashed.

It also showed a militant standing on the wreakage of the jet which bore the Nigerian flag and number NAF 475.

In the video, the militant could be heard saying that, “The Nigerian Airforce, jet fighter, plate number 475 was sent to Sambisa to fight the Mujahideen. Now Allah has made it clear that none can fight with Allah because this is the evidence of what Allah has done today.

“Now our message to you; there’s no how you can fight the people of Allah. Now we are calling you to repent. The only way for you now is to repent and come and worship Allah because that is the only way out for you”.

The NAF has since dismissed claims that the aircraft earlier declared missing was shot at by the insurgents, adding that the cause of the crash and the whereabouts of the two pilots onboard were unknown.

“Search and rescue efforts are still ongoing by NAF surveillance aircraft as well as NAF Special Forces and Nigerian Army troops on ground,” its statement relased on Friday read.

However, claims that Boko Haram shot down the fighter jet has been subjected to heated debates online as some Nigerians have argued that the crash was unconnected with the terrorist group but that the jet may have suffered a technical trouble mid-air.

The argument was further backed with the fact that the group in the viral footage never claimed responsibility for the attack but attributed the incidence to divine providence; “Allah”.

Some also argued that the group lacked the capacity to gun down a jet adding that if it did, then the country’s air space was in jeopardy.

Boko Haram Releases Video Showing How They Shot-Down The Nigerian Air Force Jet, Killing The Pilots On Board. #HarassBuhariOutOfLondon pic.twitter.com/sA6w7ARzli

When Buhari was asked whether Boko Haram rampage can affect election date, he confidently and angrily respond: "what is Boko Haram"

Today, the underestimated Boko Haram possesses a weapon to shoot down fighter jet. If this doesn't scare you, I don't know what else could.

Boko Haram's claim of downing our AJet shouldn't elicit press statement from NAF.
All NAF has to do is put out sorties on blitzkrieg. Bomb their hellholes. No peace for murderers.

Unfortunately, the CiC Buhari is an efulefu, hiding away in London

I hope we will not wait until Boko haram starts shooting down commercial planes. We are underrating these terrorists, and it's dangerous.

This is most probable. However, how did they find the jet before the NAF? There's something fishy.

Actually I watched the video. They didn't say they shot it down themselves too, they only said "This is what happens when you fight the people of Allah" most likely meaning Allah caused the crash in their favor.

The bigger problem is not whether Boko Haram shot down a Nigerian Air Force fighter jet. Of more concern is the air force which had that aircraft on radar before it went down couldn't reach the crash site before Boko Haram, and the terrorists had ample time to make a documentary. https://t.co/zOVJtxCLYf

Yet for 2 days, the Air Force didn't know where the jet was. By the way, is it fight jet they use to look search and locate enemy camp, or it's drones. 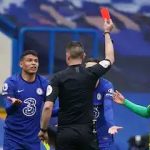