A chest infection is an infection of the lungs or airways.

The main types of chest infections are bronchitis and pneumonia.

Most bronchitis cases are caused by viruses whereas most pneumonia cases are due to bacteria.

Peter de Rock revealed Sir Uwaifo, who was a Professor of Visual Arts at the University of Benin (UNIBEN), had to be supported with oxygen until he breathed his last.

He said: “Sir Victor Uwaifo died of chest infection which affected his lungs, thereby leading to difficulties in breathing.

“That’s why he was supported with oxygen.”

The gospel musician, who collaborated with Sir Uwaifo over a week ago on a song titled ‘Hallelujah’, hinted the burial arrangement may be carried out next week.

Sir Uwaifo studied at UNIBEN where he obtained a First Class in Applied Arts at 54, a Master’s Degree in Sculpture at 56 and Doctor of Philosophy (PhD) in Architectural Sculpture at 77.

Cause of deathSir Victor Uwaifo
0 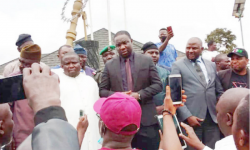 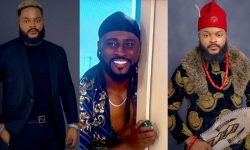