The ace sound engineer said during a question-and-answer session with fans that he met Big Wiz in a cybercafe many years ago.

Sarz, however, did not say what they were both doing at the cybercafe neither did he say if they began working togethe from that day.

A fan asked; How did you meet wizkidayo?

The Keyboardist replied; For cybercafe. 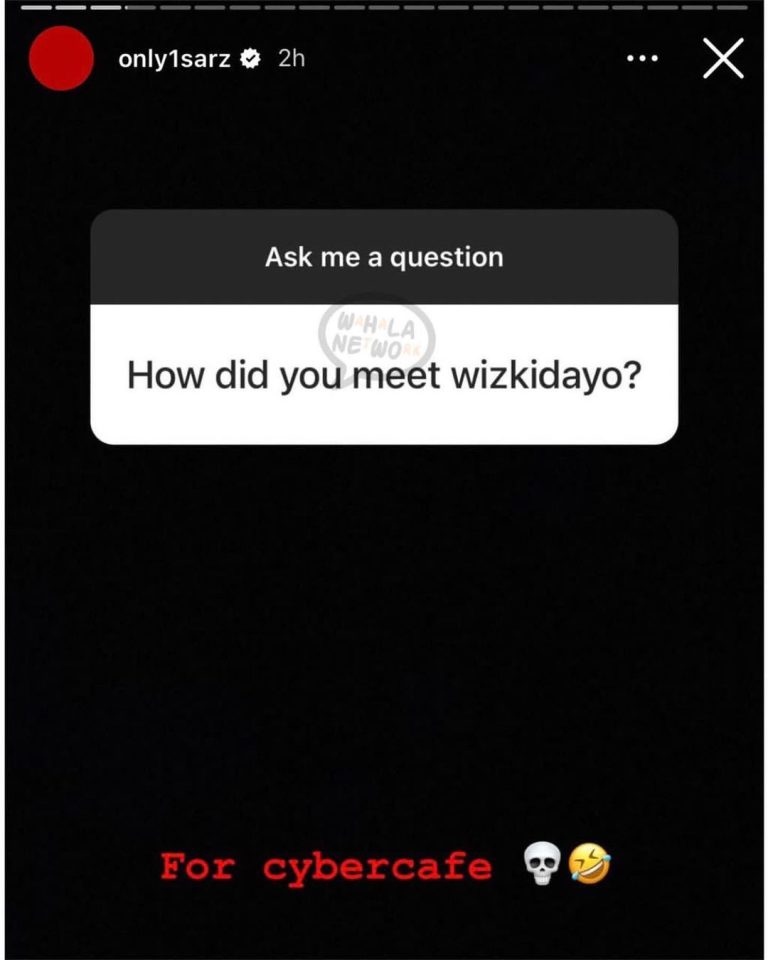