The first batch of Ghanaian students stranded in Ukraine is now in safe hands in Romania.

In line with an arrangement between the government of Ghana and Romania, the latter will cater for the evacuated students while more efforts are made to rescue the remaining ones from harm’s way.

The safe evacuation of the students was confirmed by the National Union of Ghana Students (NUGS) on its Twitter page on Saturday, February 26.

Reports say the students who were in Chernivtsi have evacuated as part of arrangements made by the Ministry of Foreign Affairs and Regional Integration via Ghana’s Mission in Berne, Switzerland.

We have confirmed very reliably that Ghanaian Students who were in the City of Chernivtsi-Ukraine have arrived safely in Romania 🇷🇴 and are being catered for by the government of Romania as per arrangements made by the @GhanaMFA . Train to Hungary safely on the move as well🙏🏻.

According to the ministry, airlifting the stranded Ghanaians has been difficult due to a shutdown of Ukrainian airspace. It, therefore, thought it prudent to carry out the evacuation by land through neighbouring Moldova, Belarus, Slovakia and Hungary.

3news.com reported that another batch of the students was on its way to Hungary while a bus will be available on Monday to take the remaining to Poland, whose border is said to be choked.

Earlier, it emerged that a train carrying some of the Ghanaian students in Ukraine got attacked by Russians but they escaped unhurt.

The lawmaker revealed this on The Key Points on TV3/3FM with Dzifa Bampoh on Saturday, February 26.

He was speaking concerning the decision by the Government of Ghana to evacuate Ghanaian students from Ukraine. 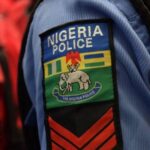 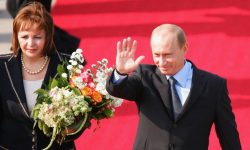