Manchester United star striker, Cristiano Ronaldo and President Barack Obama among others would be coming to Abuja for mentoring African youth in 2022.

The founder of Africa Children Talent Discovery Foundation (ACTDF), Noah Dallaji, disclosed this while speaking to newsmen in Abuja over the weekend.

He said the plans are in top gear to ensure that the Portuguese captain, Cristiano Ronaldo, David Beckham, Samuel Eto’o Fills, Didier Drogba and other African stars storm the Moshood Abiola National Stadium in June 2022.

Dallaji says the aim of ACTDF is to keep identifying and supporting youths in education, sports, art, and entertainment in order to make them useful to the society.

“In June 2022, we’ll have the likes of Cristiano Ronaldo come down to Nigeria and mentor the younger generation. We are working so hard on it and we’re going to have a meeting with his representatives in March at Manchester to see how things can be possible. He is convinced about it; I think he is going to come.

“The likes of David Beckham, Didier Drogba, Samuel Eto’o are among others who would be here to mentor these young people. If that is the only thing we can do and give back to the society, we’ll continue to do it with the help of all the major stakeholders”.

He further confirmed that the former President of United State of America Barack Obama would be mentoring African youth in October 2022.

“What we’re planning is to use talents to make sure that our continent is respected entirely but the continent can’t continue to be respected except Nigeria takes the lead. And that’s the contribution that we believe we can give in terms of sports and other aspects of talents that would make this work”. 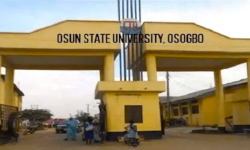 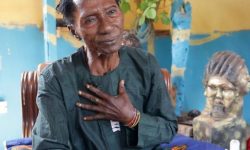