The National Industrial Court, Abuja, on Friday , ordered members of the Nigerian Association of Resident Doctors (NARD) to suspend their 46-day-old strike and return to work immediately.

The News Agency of Nigeria (NAN) reports that the court also ordered both the federal government and NARD to return to the negotiation table to resolve their differences.

The ruling delivered by the judge, Bashar Alkali, followed an application by the federal government’s lawyer, Tochukwu Maduka, a Senior Advocate of Nigeria.

Mr Alkali overruled the objection of NARD’s lawyer, Femi Aborishade, to the application.

”I hereby make an of interlocutory injunction restraining members of the respondent in all states of the federation from further continuing with the industrial action embarked on August 2.

”I also make an order of interlocutory injunction compelling all members of the respondent in all States of the Federation to suspend the said industrial action it commenced on August 2,” the judge ruled.

Mr Alkali said the federal government’s application met the requirement on which an interlocutory injunction can be issued in a case.

He said the court considered the serious damage to lives that could occur if such application to order the suspension of the strike was not granted.

He said lives had been lost since the commencement of the strike especially in regards to COVID-19 Delta variant, hence the need to grant the government’s application.

‘Grant part if not all of doctors’ request’

But the judge, in conclusion, urged the claimants to grant some if not all of the defendant’s demand at the negotiation table.

Mr Alkali, who only sat as a vacation judge of the court, said the case file would be reassigned by the President of the court to another judge, and a new date for hearing of the substantive suit would be communicated to parties.

PREMIUM TIMES had reported how the judge on Wednesday adjourned till Friday for report of negotiation which both parties agreed to have.

The News Agency of Nigeria (NAN) reported that both parties were unable to reach an agreement on Friday.

According to NAN, the federal government’s lawyer, Tochukwu Maduka, a Senior Advocate of Nigeria (SAN), informed the court that parities met, but that the striking doctors decided to come up with a different document titled, ‘Terms of settlement’.

He added that the document contained issues entirely different from what was in the original Memorandum of Understanding.

Although Mr Maduka admitted that his client came to the meeting with “an addendum MoU,” but it was because, according to him, the implementation timeline contained in the original MoU prepared on August 28, had elapsed.

In his reaction, NARD’s lawyer, Femi Aborishade, also said his client’s proposed ‘Terms of settlement’ was also because the timelines in the original MoU had elapsed.

He added that there was a need to set new timelines and that the claimant ought to have sought an meeting to recouncile the differences in the timelines.

Mr Aborishade further urged the court to invoke Section 20 of National Industrial Court of Nigeria rules to order the claimants to go into negotiation with the striking doctors.

He equally said that as stipulated by law, the doctors’ preliminary objection should be taken before the claimants motion on notice.

He also referred to an order made by the court on 23 August stipulating that motion on notice and other pending applications be taken on 15 September.

According to him, that implied that his client’s preliminary objection should be taken before, and not with the substantive suit.

The judge said pending applications as stated by the court in the ruling of 23 August did not include the preliminary objection that was only filed on 31 August .

Mr Alkali in addition directed Mr Maduka, the federal government’s lawyer, to move his application on motion on notice for interlocutory injunction.

The court, in his ruling after the hearing, ordered the resident doctors to suspend their strike.

The News Agency of Nigeria (NAN) reports that the federal government along with the ministry of health, had filed an ex-parte motion praying for some orders of the court.

The claimants had sought for an order of interlocutory injunction restraining members of the respondent in all States of the Federation from further continuing with the industrial action embarked on 2 August.

Another order as sought by the applicants was for an order of interlocutory injunction compelling all members of the respondent in all States of the Federation to suspend the said industrial action.

The court on 23 August granted an order directing parties to cease all forms of hostilities.

The defendant in response had also filed a 17-page counter- affidavit with a written address filed on 31 August. 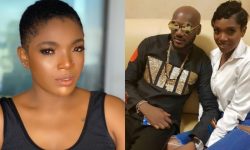 2Baba and Annie: “I know I’m not without mistakes” — 2baba writes as he shares loved-up photo with wife 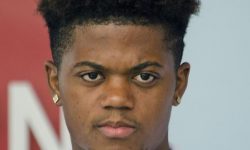