I’ve made posts in the past about qualities of a gentleman, as well as the differences between a ‘bad boy’ and a jerk. But, how does this all translate into how somebody acts while in a relationship?

A man may be able to put across a great image, but it could simply be a cover for hidden shortcomings, or he could just be totally faking it to ‘get the girl.’
Here are some ways to know if you’ve struck gold:

1) A real man values more than just your looks.

Is every compliment from him about a different body part? It doesn’t matter how creative he can be, if a guy’s sole focus is on how you look, or ‘talking dirty,’ see it as a red flag. A real man will value your personality, your kindness, your intelligence, and who you are as a person, in general. The things he makes you feel good about will be things that you control, not just results of getting lucky in the gene pool.

2) A real man will never be intimidated by your motivation.

3) A real man will have more interests than just you.

I don’t mean this in a negative way. You should, of course, be a priority in his life — but he needs to have a life as well. Interests, friends, hobbies, aspirations. If a man works his entire life around you, it’s another red flag — relationships should be a great part of your life, but not encompass your whole life.

4) A real man will give you answers.

No matter how awkward or uncomfortable a situation is, a real man will approach it, and you, with respect. I have always felt that a mark of a man is how he handles conflict, criticism, and less-than-ideal situations. A man will not dance around answers or make excuses. If there is something you two need to talk about, he will talk about it.

In addition to the last point — there will be no mind games or manipulation in your relationship. A man will be direct, to the point, and honest with you… but with kindness.

As long as you haven’t betrayed his trust, a man will NOT be paranoid, or snoop around invading your privacy to make sure you’re not doing anything bad. He will have confidence in your relationship. A boy will project his own insecurities onto you, and like termites in a house, will eat away at the foundation of what you’ve built.

It should be understood that part of what comes with the territory of having a girlfriend, is dealing with her getting hit on. If you’re at the bar together, or if she’s out with her friends, it goes without saying that your girlfriend will get hit on every once in awhile.

Instead of letting his primate instincts prevail and beating his chest like an angry gorilla to scare off competition, a confident man will calmly make his position known, and understand that you’re still going home with him at the end of the night.

8) A real man will show you respect.

Nothing signifies an empty shell of a man more than someone who disrespects women, animals, or children. A real man will treat you with the respect that you deserve, never force you to do anything you’re uncomfortable with, and never mistreat you. Be honest enough with yourself to walk away from any situation that is dangerous to you, physically or emotionally.

9) A real man will put effort into your relationship.

Boys are generally apathetic and just look for one thing from a woman. A man, will do what it takes to make you happy, both inside and outside of the bedroom. Your happiness, is his reward.

10) A real man will make you want to be the best version of yourself, without changing who you really are.

A man will empower those around him. He will strive for greatness and therefore inspire others to strive for it as well. This not only includes friends and co-workers, but also significant others.

As Mark Twain said, “Keep away from people who try to belittle your ambitions. Small people always do that, but the really great make you feel that you, too, can become great.”

If you do have one of these men in your life, make sure he knows he is appreciated. 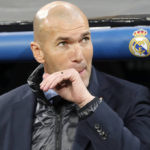 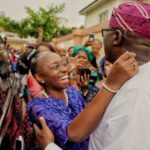 Love In the air! Check out what Sanwo-Olu told his wife after the election as governor of Lagos