Micro blogging site, Twitter has on Sunday, deleted tweets by Minister of State for Labour and Employment, Festus Keyamo where he shared confidential messages and phone number of hip hop artiste, Eedris Abdulkareem.

The minister accused him of blackmailing him in his latest song, Jagajaga reloaded for not giving him money or political deals.

The minister then shared private conversations he had with the artiste’s three years ago as evidence of his claim that he was hustled for money, drawing widespread condemnation

Checks by Ngnews247.com has however showed that Twitter has deleted the minister’s tweets which flouted all privacy laws set by the tech company.

The tweet that also revealed Mr Abdulkareems Private mobile details by the minister exposed the musician to harassment and ridicule in the social media space.

Keyamo, has been condemned on social media because he is expected to know the scope of privacy rights according to his status as a Senior Advocate of Nigeria.

It then added a step by step procedure to report the tweet of the minister.

“Tweets which include an individual’s private information should be reported.

You can help us hold Twitter accountable by letting us know you reported @FKeyamo’s Tweet. Tell us when you’ve done so by replying below. Thanks”

Meanwhile, while providing his defence to the accusations, Eedris said he only requested help when his mother was dying from the minister but the minister used his down moment to blackmail him.

He said he fought for Keyamo when the SAN was jailed by former President Olusegun Obasanjo and due to this history he regarded him as a brother and a friend.
He wrote, “JAGA JAGA TI GET E…Did Festus Keyamo join the cabal or not?” In a series of tweets Sunday, Eedris explained that when he (Keyamo) was in prison, he stood by him, “I fought Obasanjo on behalf of all the comrades in prison, I released Jagajaga” – he narrated.
He added, “When my mother was dying, I reached out to a brother, or one I thought was a brother and a comrade. Could he have helped, yes, did he help, NO…such was the wickedness of his heart that he munched and kept personal details for three years…real Hallmark of a Blackmailer!” 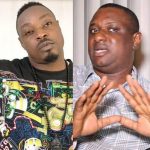 Festus Keyamo and Eedris Abdulkareem: Singer Hits Back At Labour Minister Over Accusations of Blackmailing 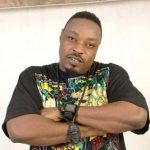