Mr. Laolu Akande, spokesperson to Vice President Yemi Osinbajo has reacted to the story of a disagreement between his principal and President Muhammadu Buhari over the appointment of Chiedu Ugbo as the managing director of the Niger Delta Power Holding Company (NDPHC).

Some earlier reports had it that Buhari and Osinbajo were not on the same page as regards the tenure renewal for Ugbo as the NDPHC boss.

Specifically, the report noted that the President sought his Vice President’s opinion on the position ahead of the expiration of Ugbo’s tenure, but his name was not on the vice-president’s shortlist, however Buhari still renewed Ugbo’s appointment.

The VP was said to have submitted the names of Mr. Gabriel Oritsemolebi Yomere, Alh. Husaan M. Abubakar, Abdullahi Bukar, Abubakar Suleiman, Agwu Emmanuel Iwuezi Chinonye, and Mr. James Abiodun Olotu as his recommendations to the President and particularly asked him to consider James Olotu.

Buhari, however, did not follow the recommendation of the vice-president, the earlier report noted.

However, reacting to the story after it went viral on several platforms, Osinbajo’s spokesperson denied the report and labelled it as fake.

Taking to his Twitter account on Tuesday evening, he wrote: “If you have come in contact with the story titled “THE INSIDER: Buhari re-appointed NDPHC MD despite Osinbajo’s objection” or other similar versions of it wrongly published in some online platforms, please disregard.”

If you have come in contact with the story titled "THE INSIDER: Buhari re-appointed NDPHC MD despite Osinbajo’s objection" or other similar versions of it wrongly published in some online platforms, please disregard. Realising it is not true, the publisher has deleted the story 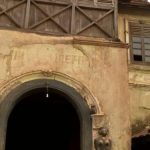