The national chairmanship of the Peoples Democratic Party (PDP) was zoned to the North, following pressure by governors, it was learnt on Tuesday.

Party sources said the swap was activated by PDP governors from the South, led by Oyo State Governor Seyi Makinde.

It was gathered that Makinde and other governors from the South had been inundated with allegations that they were only paying lip service to the resolutions of the Southern Governors’ Forum, which ratified the call for the South to produce the next President in 2023.

Besides, some people have accused Makinde of possibly working against the interest of the Southwest and the Southern by seeking to be a running mate to a northern candidate in the 2023 poll.

But it happened that Makinde, Ugwuanyi and Rivers State Governor Nyesom Wike were at the forefront of the push to get the chairmanship zoned to the North.

A source said: “When the meeting started, Taraba State Governor Darius Ishaku opened discussions, saying there were three positions opened to them.

“The options include whether to retain the current executive; swap the positions between North and South or sack existing executive and throw all positions open.

Makinde reportedly responded that he would prefer the second option: to swap the positions between the North and South.

“An argument then ensued between Makinde and Ishaku as the Taraba State governor questioned why his Oyo State counterpart opted for only Option Two.”

“Makinde replied sharply that the Taraba helmsman should say what favoured him and that he (Makinde) had spoken the minds of his people.”

Sources also said Governors Udom Emmanuel (Akwa Ibom), Godwin Obaseki (Edo) and Wike (Rivers) toed Makinde’s line and the decision was made that the positions should be swapped between the North and the South.

Another source said many southern governors were reacting to what they called sarcastic comments by some politicians who tagged their request for a southerner President in 2023 as a fluke.

Some party stalwarts have said Makinde was allegedly pushing for the Southwest to present the next PDP Chairman, a development that would rule the South out of the 2023 presidential race.

A top party leader who met with Makinde a day after the governors’ meeting told The Nation that the Oyo State helmsman had to spearhead the push for a swap of the party’s positions to put a lie to the insinuations that he was working against Southern interest. 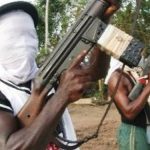 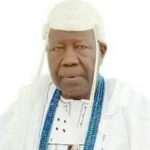 Olubadan deposes Baale of Lagelu Agboke, over violation of customs