The Peoples Democratic Party (PDP) in the state, on Monday night said shocking discovery had indicated no fewer than 4,387 votes were allegedly removed by the Independent National Electoral Commission (INEC) from the total ballots polled by the opposition party.

Addressing a press conference in Ede, the South West zonal secretary of the PDP, Reverend Bunmi Jenyo said thorough investigation has revealed that the PDP was allegedly shortchanged by INEC through the summation of votes in Olorunda and Osogbo local government councils by allotting more votes to the All Progressives Congress (APC) than what the party garnered during the poll.

According to Jenyo, details obtained from Form EC 8C showed that in Olorunda local government, the total votes polled by the APC was 14, 867, while INEC recorded 16,254 votes for the ruling party, indicating that 1,387 additional votes we’re allotted to the APC.

He further alleged that similar scenario played out in Osogbo local government, where the actual votes polled by the APC stood at 21, 479, adding that on contrary INEC recorded 23, 379 votes for the party. 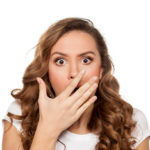 NAWAO! Check Out The Love Letter A Female Student Sent To A Male Corper (Photos)