Governor Rauf Aregbesola failed to deliver his home base of Ijeshaland to the All Progressives Congress candidate, Gboyega Oyetola, as the opposition Peoples Democratic Party swept almost all the local councils.

The Saturday governorship election, as much as it is pivotal to the 2019 election, was also a referendum of sort on the almost eighth year reign of Ogbeni Rauf Aregbesola.

That his party was hammered by the opposition in his home base indicated that he has some political mending to do ahead of the 2019 election.

“This election ought to have been a walk over, except that we were dealt with in Ijeshaland”, noted one of the APC strategists in Osogbo, on Saturday morning.

Just like Aregbesola, Chief Bisi Akande also narrowly won his Ila Local government by very fewer than 200 votes.While APC got 8401 votes, the PDP made it a cheek and jowl affair, polling 8241 votes. 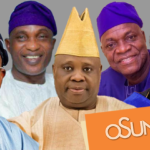 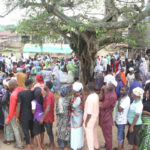