The two leading parties in Saturday’s Osun State governorship election were yesterday locked in a war of words over the stalemated exercise.

The All Progressives Congress (APC) said it was providential that the process was incomplete because a Peoples Democratic Party (PDP) victory would have been a major calamity for residents.

But the rival Peoples Democratic Party (PDP) said it was robbed of victory, stressing that the Independent National Electoral Commission (INEC) should have declared it winner.

The elections are to be conducted in seven polling units within four local government areas of the state. The electoral umpire nullified the ballot from the affected units due to irregularities and over voting.

INEC’s election guideline made pursuant to Section 153 of the Electoral Act stipulates a rerun if the margin of victory in an election is lower than the number of voters in units where elections are cancelled.

In all, 3,498 votes were cancelled, making it impossible for the commission to declare any party the winner on the first ballot.

He noted that the cancelled 3,498 votes could swing victory in favour of either the Peoples Democratic Party (PDP) candidate, Senator Ademola Adeleke, who polled 254, 698 or his All Progressives Congress (APC) counterpart, Mr. Gboyega Oyetola, who was trailing him on the first ballot with 254,345.

According to the RO, the 353 votes difference between Adeleke and Oyetola is not enough to declare anyone the winner.

He said the result from Osogbo Unit 017, where 884 voters were registered, was cancelled because the presiding officer absconded with electoral materials.

In Orolu, the election was cancelled due to ballot box snatching.

Fuwape said: “Unfortunately as the returning officer, it’s not possible to declare anybody as the clear winner of the election on the first ballot.”

He said that since the 3,498 cancelled ballot was higher than the difference between the votes of the leading candidate, a re-run election had to be conducted.

His words: “From the analysis of the results we have, the difference between the two leading parties is just 353 votes; 3,498 votes were cancelled in the polling units.

“To that effect, as the retuning officer, it is not possible to declare any party as clear winner of this election on the first ballot. But I must commend the people of this state for being peaceful.

The Osun State Resident Electoral Commissioner (REC), Segun Agbaje, said the rerun would be between 8am and 2pm.

Agbaje said that since the affected polling units are few, voting will end early so that the winner can be announced as promptly as possible.

It was learnt yesterday that all the 48 parties that partook in Saturday’s election would be free to participate in the re-run if they so wish.

According to a statement released by the APC Directorate of Publicity, “Osun has been miraculously saved from the savage jaws of the evil that could have befallen it, if the monstrosity called the PDP had won the election.”

“It was the limit that corrupt money could go to buy up an election,” the party said.

‘Now that Osun has been given a second chance to escape from the calamity it almost fell into, the people of Osogbo, Orolu, Ife South and Ife North have the enormous task to save the state from predator-politicians,” the statement, signed by Kunle Oyatomi, the Director of Publicity, Research and Strategy, said.

It went on: “On Thursday 27th of September, that is the mission that they have. We therefore call on all citizens in these polling areas to sacrifice everything they can on that day to become the great heroes and heroines of our beloved state.

“We use this opportunity to thank all those who summoned courage in spite of the ‘blood’ money on offer by the PDP to vote their conscience, stood their ground and voted for APC.

“The unfinished job will be concluded on Thursday by the Grace of God.”

The PDP insisted that the process was conclusive and that its candidate was in clear lead and should be immediately declared winner, having met the requirements of the 1999 Constitution (as amended).

At a media briefing in Abuja yesterday, PDP spokesman Kola Ologbondiyan said Section 179 (2) (a)(b) of the 1999 Constitution (as amended) was clear in spelling out the conditions for returning a candidate to the office of governor.

Quoting from the said Section, the PDP chief said: “A candidate for an election to the office of Governor of a State shall be deemed to have been duly elected where, there being two or more candidates – (a) he has the highest number of votes cast at the election; and (b) he has not less than one-quarter of all the votes cast in each of at least two-thirds of all the local government areas in the State.”

The main opposition party insisted that the declaration by INEC of the election as inconclusive, was a “sordid robbery” of the franchise of the people of Osun State, who participated in the election.

“The people, by their votes, have overwhelmingly declared for our candidate and we are not ready to accept any attempt by anybody to use any means whatsoever to steal our mandate freely given by the people.

“The PDP is for peace, but we will not hesitate to use every force available in a democracy to face any attempt to subvert the will of the people or rig us out in this election,” Ologbondiyan said.

The party urged INEC Chairman Prof. Mahmood Yakubu to reverse what it described as a “fraudulent” decision by the Resident Electoral Commissioner (REC) and declare its candidate the winner. 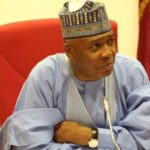 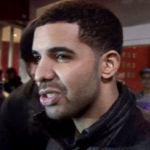 Rapper, Drake Taken To Hospital After Collapsing On The Stage in Miami