Nigeria’s Vice President, Yemi Osinbajo, held a meeting on Monday, March 2nd with security heads to review the report of the Presidential Committee on Small Arms and Light Weapons.

This news platform understands that the meeting which held at the Presidential Villa in Abuja witnessed the presence of the Inspector-General of Police, Mohammed Adamu; the National Security Adviser, Major General Babagana Monguno (retd.); and the Director-General of National Intelligence Agency, Ahmed Rufa’i-Abubakar.

Also present was the Comptroller General of Customs, Hameed Ali, the Director-General of the Department of State Services, Yusuf Bichi, represented.

It was said that the committee will review in the meeting the reported influx of small arms and light weapons into the country from neighbouring countries.

Meanwhile, Naijaparry News had reported a few days ago that former President, Olusegun Obasanjo has condemned the security situation in the country, stressing that the responsibility of a leader is to secure the life of members of his community.

Obasanjo stated this while speaking on Saturday at the 1st Memorial Lecture for the late founder of the Oodua People’s Congress (OPC), Frederick Fasehun. 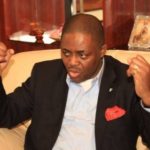 Buhari Would Have Addressed Nigerians If Cows Had Coronavirus – Fani-Kayode 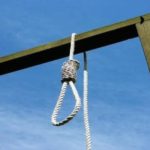 Man To Die By Hanging For Phone Theft