Nigerian singer, Orezi has given an explanation in defence of music star, Wizkid’s decision to not speak often on social media.

He asserted that the reason Big Wiz does not like talking often is probably because he knows that he can speak insultingly and condescendingly to people.

Orezi stated this on social media after the ‘Ojuelegba’ shamed men who are unable to take care of their women.

The Starboy Entertainment CEO adised ladies who are dating or married to men that beg for money to feed his family, then they should give them the chore of washing underwear.

“Ladiessss…if ur man out here begging to feed u and ur family since una Dey together, make sure him de wash ur pant / bra and plates for house. That’s ur house help . Good morning kids”, Wiz wrote.

In reaction, Orezi said; “E be like say the reason why Wizkid no dey like talk na because he know say him get bad mouth.” 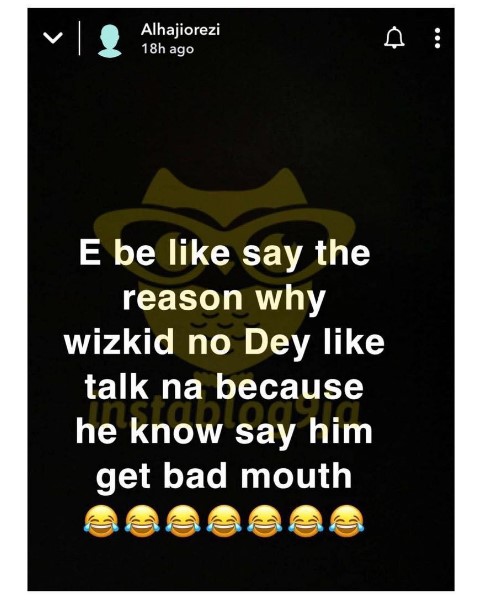