One Country, Too Many Problems, Can We Survive These? Naija Man Laments On Nigeria’s Problems

A Nigerian man is lamenting over the numerous problems the country is currently facing.

The man stated the country is currently facing a lot of problems and social vices which makes it very difficult for its citizens and even foreigners to live peacefully in the country.

He said the country is facing problems like boko haram, cultism, armed robbery, banditry, Fulani herdsmen killing people, police brutality, kidnappers and on top of all, heartless corrupt politicians who only think about their ‘pockets’.

There has been several incidents of kidnapping in Nigeria over the past few months especially in the northern side of the country where its mostly dominated by the ‘Fulanis’.

In October 2020, some Nigerian youths took to the streets to protest against police brutalities in the various parts of the country by the disbanded SARS operatives which formed part of the Nigerian Police Force.

Although the protests started peacefully, it turned bloodier and ‘nasty’ when incidents of people taking advantage of the protests to rob and loot shops emerged.

Some youths burned down some private and public properties including shops and buildings belonging to politicians and private individuals to the extend that, the palace of the Oba of Lagos wasn’t spared.

In late November last year, the whole country and the African continent was in shock when news hit the media that some unknown men has attacked a village in the northern side of the country and killed more than 20 farmers by beheading them. 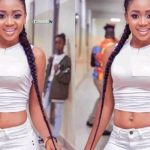 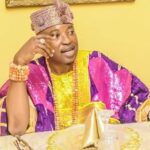