The Central Bank of Nigeria, on Friday, vowed to arrest the owner Olumide Oniwinde and shut down popular forex publishing platform, AbokiF.

AbokiFX is a platform known for publishing the exchange rate of Naira against other currencies. It began operations in 2015.

The CBN governor, Godwin Emefiele who spoke after the Monetary Policy Committee’s two-day meeting in Abuja described the platform as illegal, accusing it of putting the Nigerian economy at risk.

“I have given instructions to our experts to go after his website and let it be clear that we will go after him because we can’t allow this to continue,” he said.

Mr Emefiele also challenged Mr Oniwinde to make himself available at the CBN headquarters in Abuja.

This comes barely 24 hours after a report that the CBN was making efforts to shut down the platform. This was contained in a letter it sent to commercial banks requesting transaction records of the website over an alleged breach of the National Intelligence Committee Act of 2004.

Nigerian media outlets, including Peoples Gazette, have relied heavily on AbokiFX in recent weeks to publish frequent and steep crashing of the naira against American dollars at the so-called black markets. 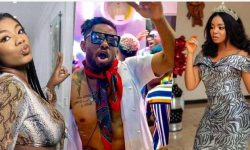 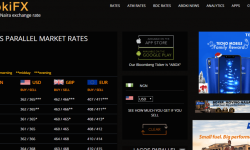