The Ebonyi State Governor, David Umahi, has stated that there is no sit-at-home on October 1 in his state, as commanded by the Indigenous People of Biafra (IPOB).

IPOB had declared a sit-at-home in the South-East region for residents of ‘Biafraland’ to boycott the Independence Day Anniversary of Nigeria.

However, Umahi disclosed that the exercise had damaged the economic life of the region, in a way that would take years to recover.

According to the governor, it has also led to many avoidable deaths and destructions.

Umahi, who spoke on Thursday in Abakaliki, described the killings as the declaration of war on the people of the region.

The governor, in a special Independence briefing, said, “Ebonyi people have been so much deprived in the past, turned to house boys and house girls because of this sit-at-home and we are in a hurry to catch up with others.

“So, we are not going to be sitting down at home. And so, anybody that says sit-at-home, Ebonyi people will not sit at home.”

Umahi called on the people of the region not to allow people outside the country to deceive them into sitting at home.

“I am calling on the entire South-East to understand this sit-at-home and those who are orchestrating this sit-at-home are our brothers outside this country who are paid per hour and so, they find it very comfortable for them to be at work and ask us to sit-at-home.

“Those who are being killed here in confrontation with security agencies, they are our children, they are our sons and daughters belonging to some of us who are at home.

“So, I want us to disregard this sit-at-home. Nobody in all of the world is against peaceful agitations including agitations at home. We have agitations every day; husbands versus wives, children versus father, even house boys/house girls versus the mother of the house.

“So, there are always agitations. So, agitation is natural, its fundamental but there is nobody who carries gun and wants to kill another person in the name of anything is justifiable.

“So, this is my own opinion about the sit-at-home. All flags must be flying very high tomorrow, in fact, it should fly higher tomorrow and we believe in one, equitable fair Nigeria and we will fare better in united Nigeria where there is justice, equity and love.” 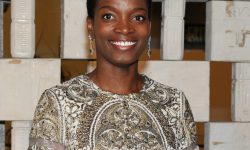 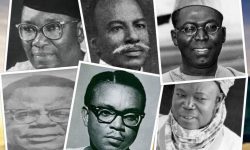 Why I Won’t Leave Any Inheritance For My Children — Pres. Buhari