CEO of Twitter, Jack Dorsey, has been signaling his support for Nigerian bitcoin adoption through a series of tweets over the weekend.

Dorse is one of the big celebrity names in the crypto community. As a result, his tweets on crypto pick up a lot of interest, no matter how cryptic or simple they are.

He began his series of tweets simply with a single Nigerian flag. This happened a day after the government announced it would ban Twitter in the country. The ban came into effect as a result of Twitter deleting tweets by President Buhari.

This was followed by him tweeting, “The people of Nigeria will lead #bitcoin.”

This was a quote tweet over an open letter by United States footaball player Russell Okung to the Nigerian President.

Okung published the open letter in Bitcoin Magazine. In it, he urged the Nigerian government to accept a national bitcoin standard. In the article he wrote:

“Soon every nation will be faced with this decision, but those who seize the present moment proactively as we have just witnessed in El Salvador, will enjoy significant advantages globally for generations to come.”

Finally, Dorsey’s last tweet on the subject was a graphic showing Africa leading in peer-to-peer bitcoin trading volume growth for 2021.

This is not the first time the Square CEO has shown interest in crypto and Africa. In 2019, after visiting Ghana, Ethiopia, South Africa, and Nigeria, Dorsey said he planned to move to a country on the continent for a few months in 2020.

However, he reconsidered the move as the COVID-19 pandemic picked up.

In 2020, Nigeria became the second-biggest bitcoin trader in the world. However, the government’s relationship with cryptocurrencies has been unstable.

In September 2020, the Nigerian Securities and Exchanges Commission announced a historic regulatory framework recognizing crypto assets as securities. However, this doesn’t mean that crypto is fully recognized. This is due to the central bank’s positionbeing in direct opposition.

In early 2021, the Central Bank of Nigeria (CBN) reaffirmed its order to all financial institutions. This warned them to stop providing on and off-ramp crypto services. This caused issues for centralized exchanges operating in the country. 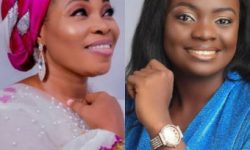 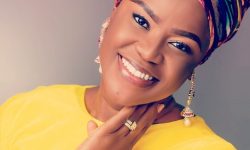