Coach Augustine Eguavoen and his Super Eagles’ wards face a stern test of their credentials when Nigeria and seven-time champions Egypt go for each other’s jugular in the opening match of Group D of the 33rd Africa Cup of Nations finals on Tuesday.

Venue is the 30,000 –capacity Stade Roumdé Adjia in the northern Cameroonian town of Garoua and kick-off is 5pm.

Nigeria soared to glory on home soil in 1980, won in Tunisia in 1994 and overturned bookmakers’ predictions to triumph in South Africa nine years ago.

Both teams are not unfamiliar to themselves at the AFCON, with the Pharaohs hammering the Eagles 6-3 in Nigeria’s first-ever match at the competition (in Ghana in 1963) and coming from behind to tame the Eagles 3-1 in the city of Benguela (Angola) in 2010.

In all other confrontations at the Africa Cup of Nations, the Eagles have had the upper hand.

On their march to victory in 1980, the Eagles sailed past the Pharaohs 1-0 in a group phase clash in Ibadan, and four years later, following a pulsating 2-2 draw in a semi final match in Bouake (Cote d’Ivoire), Nigeria won on penalties to reach the final against Cameroon’s Indomitable Lions.

In 1990, a lone goal by Rashidi Yekini consigned the Pharaohs to defeat in a group phase match in Algiers, and in 1994, both teams battled to a scoreless draw at the Stade Chadli Zouiten in Tunis.

What Nigerians should expect – Eguavoen

Eguavoen, who leads Nigeria from the bench on Tuesday, was involved in that cagey affair in the cold of central Tunis, but envisages that there will be nothing cagey about Tuesday’s game in the sunny atmosphere of Stade Roumdé Adjia.

He said, “I look forward to an interesting game between two ambitious teams. As I said a couple of weeks ago, we will take it one match at a time. For now, we see the clash with Egypt and all our plan is how to earn the three points. The Egyptians are a strong team and will come with a lot of confidence and steam, but we will also be going to the field with a lot of confidence and steam. It is going to be an interesting evening.”

Nigeria are without top marksman Victor Osimhen, and 2019 AFCON top scorer Odion Ighalo was held back by his Saudi Arabia club. However, the absences create opportunities for a number of young guns to make hay at Africa’s grand houseparty.

Players to watch out for

Former U-17 star Taiwo Awoniyi is expected to lead the line and reproduce some of his potency from which German Bundesliga club Union Berlin is benefitting, with Leicester City’s Kelechi Iheanacho and Czech Republic -based Peter Olayinka also on the line.

Skipper Ahmed Musa and Samuel Chukwueze hit target in the training match with Cameroonian top club, Cotonsport Garoua on Friday, and there are also Greece –based Henry Onyekuru and former Olympics star Sadiq Umar as possibilities in the frontline.

Injury has kept out midfield linchpin Oghenekaro Etebo, but Wilfred Ndidi will still enforce and former U17 World Cup –winning captain Kelechi Nwakali is expected to step up to the plate and show muscle in the playmaker’s role.

Defender Leon Balogun’s forced absence, through injury, means Italy-based right back Tyrone Ebuehi will probably start while Chidozie Awaziem and Kenneth Omeruo hold sway in central, and Portugal –based Zaidu Sanusi will contend with the left back role with the versatile Olaoluwa Aina.

Why Nigeria should win

Victory on Tuesday evening will provide confidence boost for the Super Eagles ahead of the other Group D ties against Sudan (January 15) and Guinea Bissau (January 19). 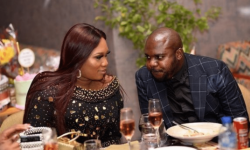 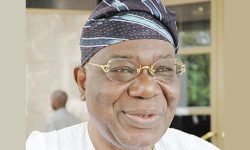