Money Heist Korean Cast: Less than a year since Money Heist dropped its final season on Netflix, it’s time to get back into your red jumpsuit for a new take on the hit crime thriller courtesy of South Korea.

Money Heist: Korea – Joint Economic Area retains the same memorable characters as the original, but enlists a new cast of actors to portray them, some of whom you may recognise from other recent hits.

The series is largely a direct remake of Money Heist season 1, but does stray away from the source material in some aspects, most notably its high-concept premise.

Set in the near future, the show imagines that a conflict between North and South Korea ends in successful peace talks, which bring the two nations a big step closer towards re-unifying.

But a measure which is hoped to bring prosperity instead results in further inequality, prompting criminal mastermind The Professor to hatch his death-defying plan of action.

Read on for all you need to know about the cast of Money Heist: Korea – Joint Economic Area.

Who is The Professor? The Professor is a criminal mastermind who has devised a daring heist of the Joint Economic Area between North and South Korea. He aims to get away with an enormous sum of money, partly to send a shocking message to the corrupt elites who have been exploiting the poorest people in society. He closely monitors the heist from a secret hideout away from the action.

Who played The Professor in the original Money Heist? Álvaro Morte, who now appears in Prime Video’s The Wheel of Time.

What else has Yoo Ji-tae been in? Among his credits is the acclaimed neo-noir thriller Oldboy and the South Korean remake of legal drama The Good Wife.

Who is Berlin? Berlin is The Professor’s man on the inside, tasked with keeping the heist moving forward in accordance with his meticulous plan. However, he is unpredictable, due largely to his traumatic upbringing in a North Korean labour camp.

Who played Berlin in the original Money Heist? Berlin was played by Pedro Alonso, who became a favourite of fans – so much so that a spin-off following the character is currently in production.

What else has Park Hae-soo been in? In the western world, Hae-soo will be best known for his performance as Cho Sang-woo – aka Player 218 – in the global phenomenon Squid Game.

Who is Tokyo? Tokyo is a former soldier for the North Korean armed forces, who attempts to start a new life in the South in the days after the war ends – but things don’t go as planned. She becomes trapped under the control of a cruel loan shark, eventually killing him in order to escape his grasp. When The Professor finds her, she is on the run from authorities with nowhere left to turn, so she reluctantly joins his gang of robbers.

Who played Tokyo in the original Money Heist? Tokyo was played by Úrsula Corberó, who recently appeared opposite Henry Golding in GI Joe Origins: Snake Eyes.

What else has Jeon Jong-seo been in? Jong-seo appeared opposite The Walking Dead and Invincible star Steven Yeun in the South Korean film Burning, while she also earned acclaim for her role in 2020 Netflix thriller The Call.

Who is Denver? Denver is a hot-headed and dim-witted young man, who is brought into the heist by his father, an accomplished miner who goes by the pseudonym Moscow.

Who played Denver in the original Money Heist? Denver was played by Spanish actor Jaime Lorente, who has also appeared in Netflix’s Elite and Prime Video’s El Cid.

What else has Kim Ji-hoon been in? He is best known for appearances in a string of TV romantic comedies including The Golden Age of Daughters-in-Law (2007), Love Marriage (also known as Matchmaker’s Lover, 2008), Stars Falling from the Sky (also known as Wish Upon a Star, 2010), and My Cute Guys (2012).

Who is Nairobi? Nairobi is an eccentric member of the gang, whose specialty lies in counterfeiting. She is responsible for ensuring that all forged bank notes are of the highest quality.

Who played Nairobi in the original Money Heist? Nairobi was played by Alba Flores.

What else has Jang Yoon-ju been in? Yoon-ju rose to prominence as a model before moving into acting. She previously hosted reality competition series South Korea’s Next Top Model.

Who is Rio? Rio is the youngest member of the team, which means he can sometimes be immature. However, he is a genius hacker, which makes him crucial to The Professor’s plan.

Who played Rio in the original Money Heist? Rio was played by Miguel Herran, who went on to a lead role in Netflix teen drama Elite.

What else has Lee Hyun-woo been in? Hyun-woo has been acting in South Korea since childhood, while he has also launched a singing career.

Who is Seon Woo-jin? Seon is a crisis negotiator brought in when The Professor’s gang infiltrates the JEA. She currently lives with her ailing mother and young daughter as she attempts to navigate a difficult divorce.

Who played Seon Woo-jin (aka Raquel Murillo) in the original Money Heist? This role was played by Itziar Ituño in the original, who recently led her the cast of her own Netflix drama: Intimacy.

What else has Kim Yun-jin been in? In addition to extensive work in her home country South Korea, Yun-jin has also bagged major roles in American dramas Lost and Mistresses.

Who is Cho Young-min? Cho is the director of the Mint Bureau in the JEA, which prints a new currency accepted in both North and South Korea.

Who played Cho Young-min (aka Arturo Roman) in the original Money Heist? This role was played by Enrique Arce.

What else has Park Myung-hoon been in? Western audiences will recognise Myung-hoon from his chilling role in Academy Award-winning thriller Parasite, where he played the deranged husband of housekeeper Gook Moon-gwang.

Who is Helsinki? Helsinki was formerly a member of a Chinese gang, before immigrating to South Korea and joining The Professor’s scheme.

Who played Helsinki in the original Money Heist? Helsinki was played by Darko Perić in the Spanish series, where the character’s nationality was Serbian.

What else has Kim Ji-hun been in? Ji-hun is a relative newcomer to the screen.

Who is Moscow? Moscow is Denver’s father and an expert miner, who will play a key role in the gang’s planned escape from the JEA.

Who played Moscow in the original Money Heist? Moscow was portrayed by Paco Tous.

What else has Lee Won-jong been in? Won-jong’s recent credits include South Korean dramas Lie After Lie and Delayed Justice.

Who is Oslo? Oslo is a longtime associate of Helsinki, who was once a member of the same Chinese gang.

Who played Oslo in the original Money Heist? Oslo was played by Roberto García Ruiz.

What else has Lee Kyu-ho been in? Kyu-ho has appeared in South Korean dramas The Uncanny Counter and The Good Detective. On April 29th, Netflix shared a new teaser for Money Heist: Korea, in which it was confirmed that the international streaming release date had been set for June 24th, 2022.

Naver News originally reported that Money Heist: Korea – Joint Economic Area would consist of 12 individual episodes, but only six episodes have been released on Netflix. Thankfully, all episodes are expected to launch simultaneously on June 24th from the following international times, per the streaming giants’ typical update window for new content: 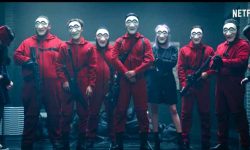 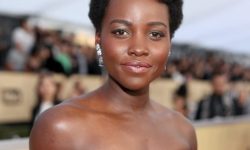